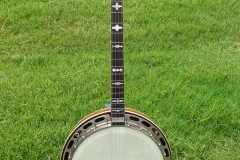 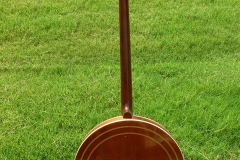 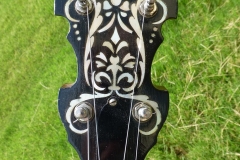 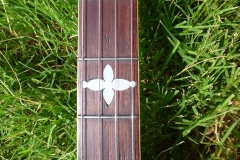 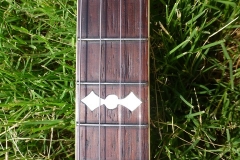 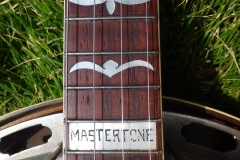 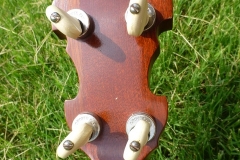 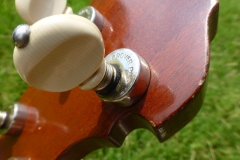 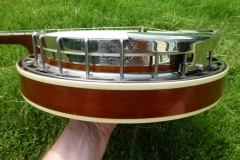 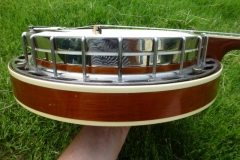 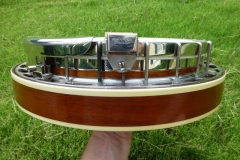 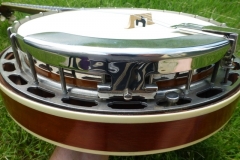 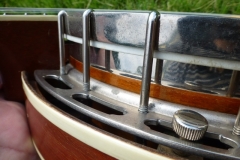 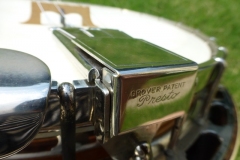 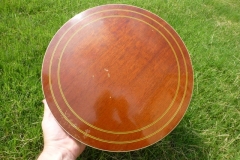 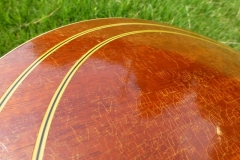 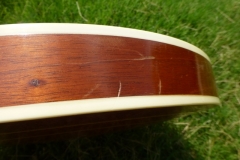 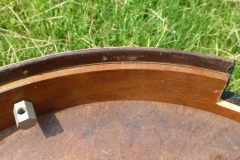 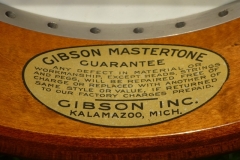 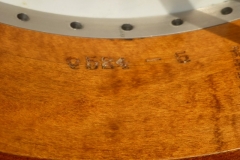 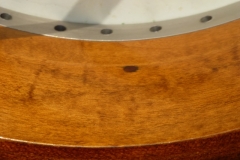 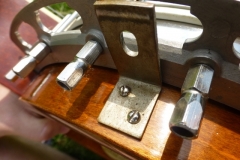 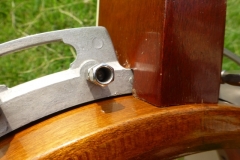 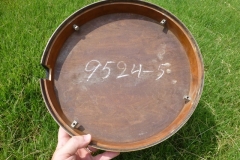 #9524-5 dates to 1930 (see Gibson banjo serial numbers vs. factory order numbers) and is unusual in that it is one of only two known archtop tenors from lot #9524, which consisted of over fifty PB-3 plectrum banjos with flathead tone rings and wreath inlays.  The inside of the rim shows a horizontal seam running through the factory order number, which is partially double-stamped. The large chalk factory order number inside the resonator is written in the opposite direction from normal, and smudging indicates that a previous number was rubbed out; the smaller factory order number by the neck notch has also been erased but appears to have been #9524-5. A hole in the rim providing access for an armrest-activated mute has been plugged and the armrest now on the banjo is a conventional one-piece type. In common with most banjos from lot #9524, the one-piece cast flange is the first-generation type with a corresponding “fat” wooden rim.

The tenor neck features the catalog-standard “leaves and bows” inlay pattern on the fingerboard, but the peghead inlay pattern is the extremely ornate one used on Gibson’s discontinued Bella Voce model, the next-to-most-expensive banjo offered by the company in the 1920s. Small numbers of 1930s style 3 tenors featured the Bella Voce peghead inlay pattern, including TB-3 Mastertone #9524-20, the “Donald C. Hill”, the only other archtop tenor observed to date from lot #9524. There is no factory order number or lot number written on the neck heel.

It is not known why #9524-5 and #9524-20 were produced as archtop tenor banjos in this lot of flathead plectrums or why their rims were reconfigured from flathead to archtop configuration at the factory. #9524-5 remains in its original #511 “red line” case by Geib and Schaefer.