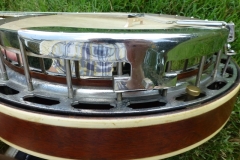 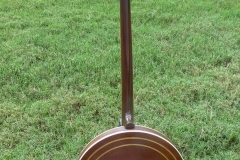 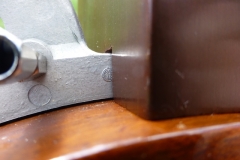 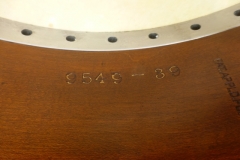 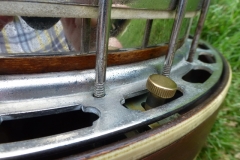 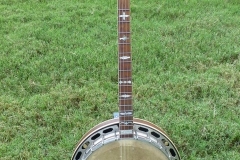 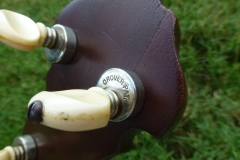 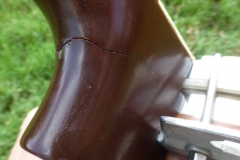 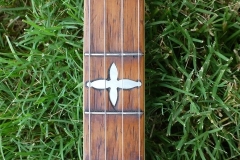 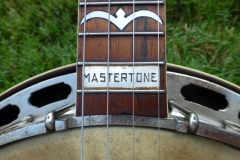 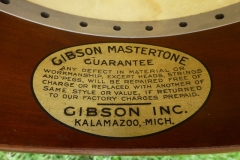 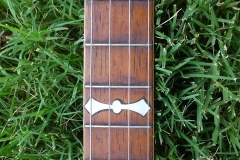 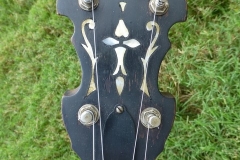 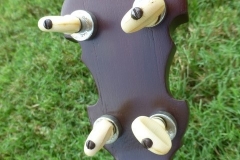 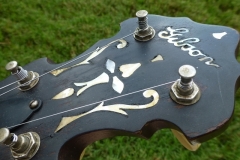 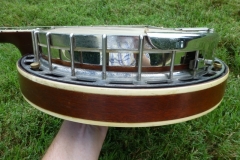 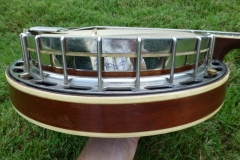 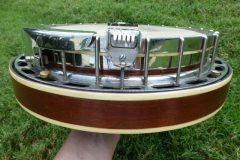 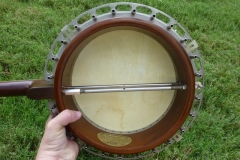 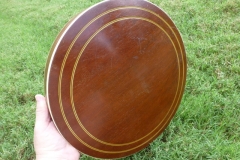 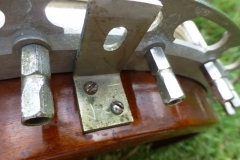 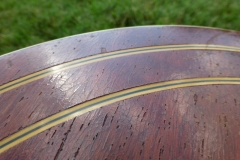 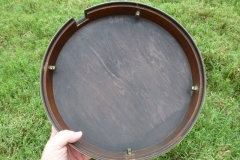 Style 3, the least expensive model in Gibson’s prewar Mastertone line, was revamped in 1929.  The model’s straight-grained maple changed to mahogany, two concentric rings of white/black/white purfling were added to the back of the resonator, the brass tube-and-plate flange was replaced by a one-piece cast metal flange, and the headstock shape and inlay patterns also changed.  #9549-39 (see Gibson banjo serial numbers vs. factory order numbers) dates to the following year and remains in fully original condition with the exception of an old heel repair and refinish to the neck.