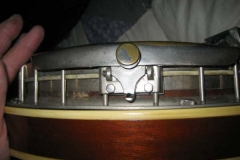 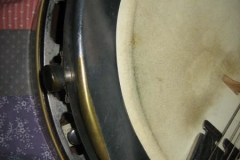 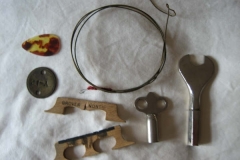 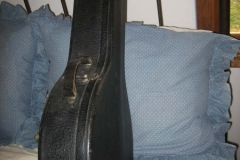 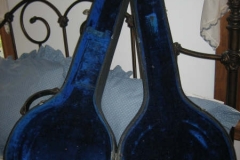 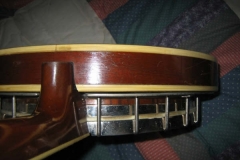 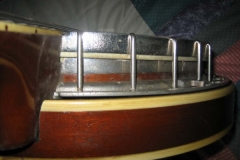 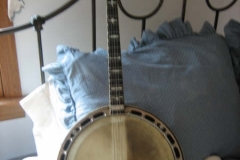 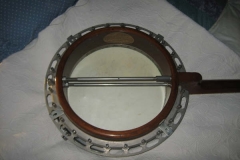 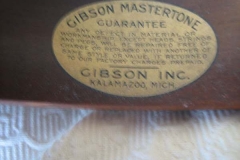 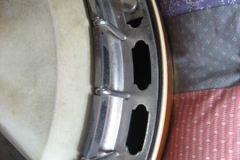 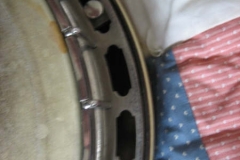 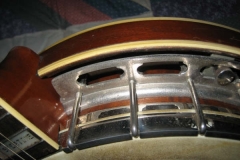 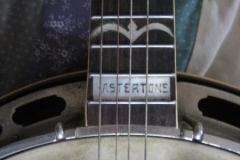 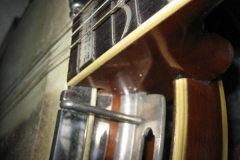 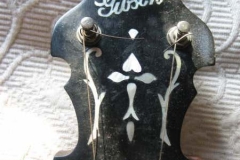 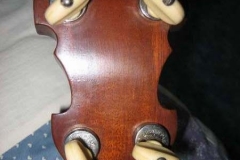 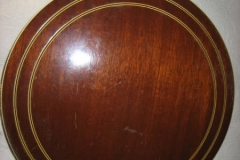 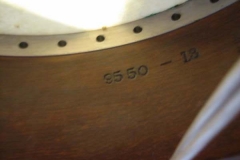 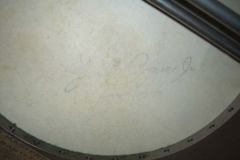 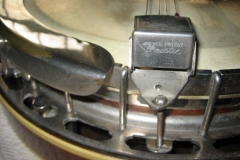 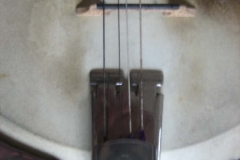 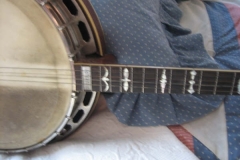 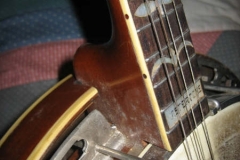 Style 3 was the least expensive model in Gibson’s Mastertone line.   It was introduced in 1925 and remained in production through 1937, when its price was lowered from $100 to $75 and it was renamed style 75.  While the style 3 of the 1920s had a two-piece flange with maple neck and resonator, a fiddle-shaped peghead and the diamonds and squares inlay pattern, the style changed in 1929 to the configuration seen here.  The flange is one-piece; the wood is mahogany with two white/black/white purfling rings on the back of the resonator, and the peghead shape is double-cut.  The peghead and fingerboard are inlaid in the “leaves and bows” pattern.  There is single white binding on the neck and on both edges of the resonator.  The tone ring is a forty-hole archtop, and the tailpiece is a Grover Presto.

Style 3 banjos from lot 9550 (see Gibson banjo serial numbers vs. factory order numbers) have been seen with a number of unusual features, indicating that Gibson may have used this lot as an opportunity to clear out some leftover parts.  TB-3 #9550-33 lacks a Mastertone block; TB-3 Mastertone #9550-36 features an unusual inlay combination; TB-3 Mastertone #9550-47 has full wreath inlays; and this banjo is equipped with a mute-style armrest but no internal mute mechanics are present.

Photos courtesy of the family of John Lampart.