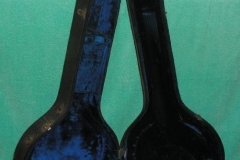 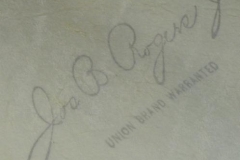 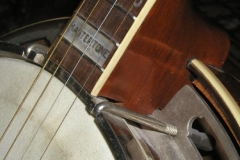 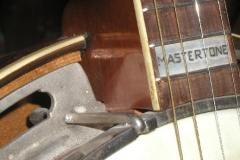 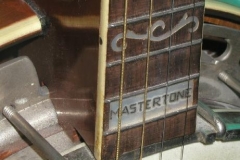 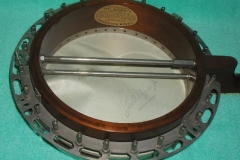 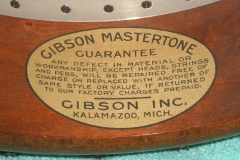 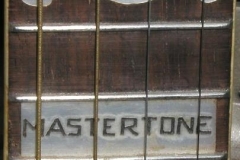 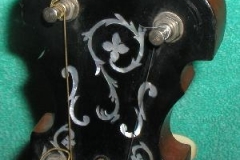 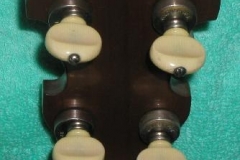 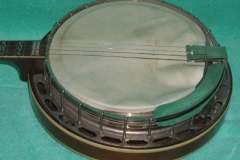 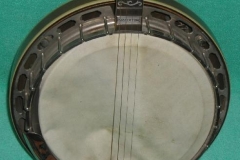 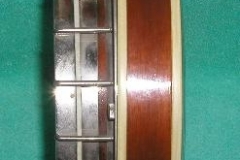 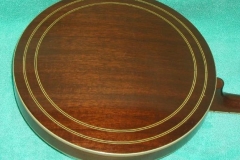 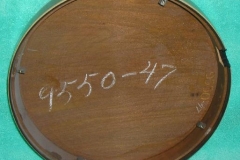 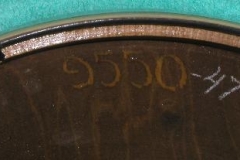 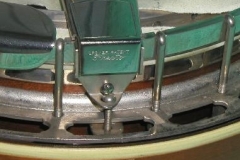 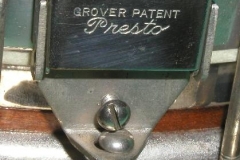 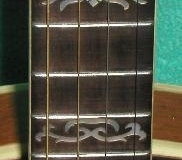 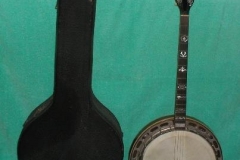 While most style 3 banjos of this period have the leaves and bows inlay pattern in a rosewood fingerboard, a small number were produced with the intricate and beautiful wreath pattern seen here.  It has been speculated that this small run of wreath-inlay style 3s was prompted by Gibson’s desire to use up inlays left over after the discontinuation of style 5, on which wreath inlays had been standard.

Style 3 banjos from lot 9550 (see Gibson banjo serial numbers vs. factory order numbers) have been seen with a number of unusual features, indicating that Gibson may have used this lot as an opportunity to clear out some leftover parts.  TB-3 #9550-13 is equipped with a mute-style armrest but no internal mute mechanics are present; TB-3 #9550-33 lacks a Mastertone block; and TB-3 #9550-36 features an unusual inlay combination.