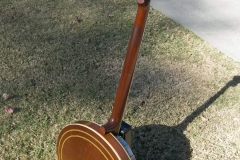 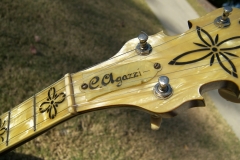 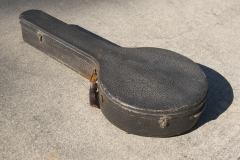 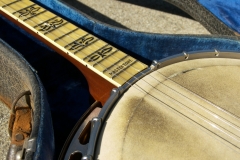 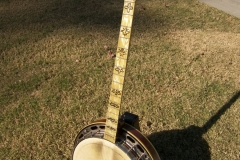 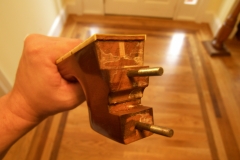 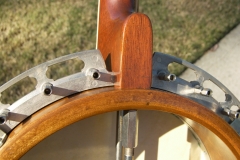 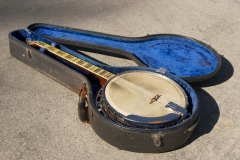 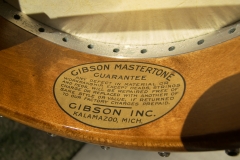 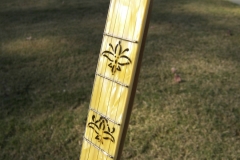 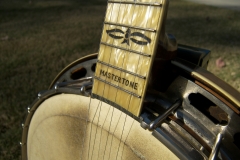 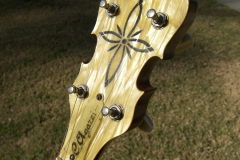 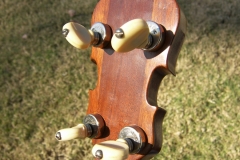 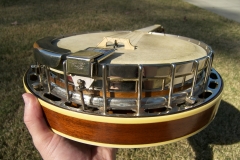 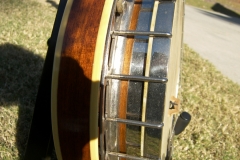 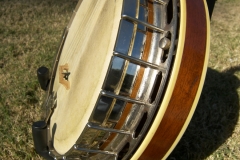 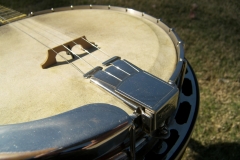 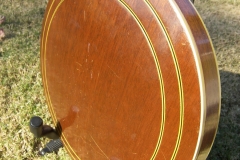 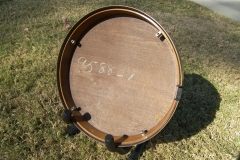 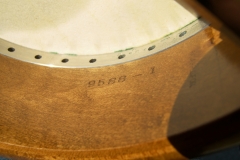 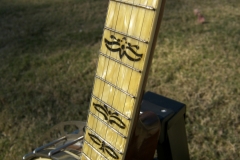 In the early- to mid-1930s, Gibson’s banjo line included style 2, the most expensive non-Mastertone model; and style 3, the least expensive Mastertone model.  #9588-1 (see Gibson banjo serial numbers vs. factory order numbers) dates to circa 1930 and is an intriguing and rare factory-original combination of both of these models.  For unknown reasons, a small number of style 3 banjos in lots #9588 and #9589 were made with the fiddle-shaped peghead and pearloid peghead overlay and fingerboard of the non-Mastertone style 2.  In all respects other than the peghead and fingerboard, #9588-1 is a catalog-standard TB-3 with a one-piece flange, forty-hole archtop tone ring, nickel-plated hardware, and mahogany wood with two white/black/white purfling rings on the back of the resonator.  The tailpiece is a Grover Presto and the tuners are Grover pancakes.  The word “Mastertone”, normally inscribed in a mother-of-pearl block, is instead silkscreened on at the nineteenth fret in the same manner as the fingerboard position markers and peghead logo and ornamentation.