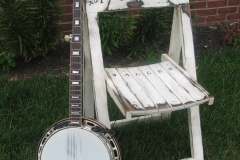 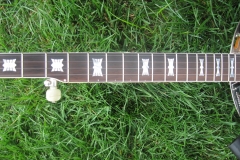 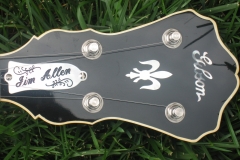 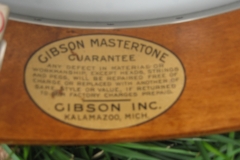 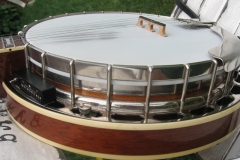 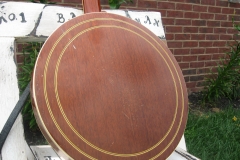 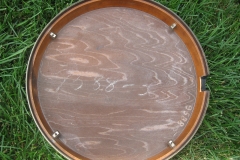 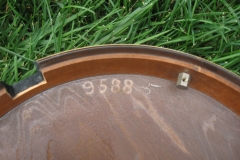 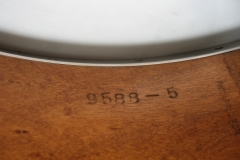 The TB-3 of 1929 to 1937 with mahogany neck and resonator, nickel-plated hardware, archtop tone ring and one-piece flange has long been a favorite candidate for conversion to five-string by bluegrass players.  For many years the standard procedure was to cut down the rim to accept a high-profile flathead tone ring; however, as values have risen and more players and collectors realize the importance of maintaining vintage banjos in original condition, conversions are now frequently done in such a way that the originality of the instrument is preserved.  #9588-5 (see Gibson banjo serial numbers vs. factory order numbers) has been fitted with a conversion tone ring by Steve Huber which did not require alteration of the rim.  The pot remains in completely original condition and the new five-string neck by Robin Smith is modeled after Gibson’s top-tension style 7 of the late 1930s and early 1940s.