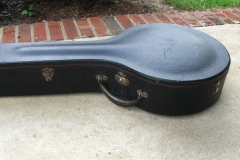 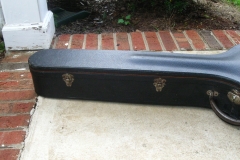 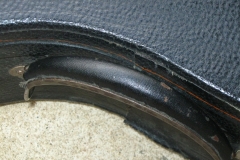 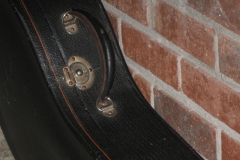 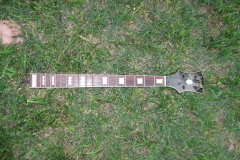 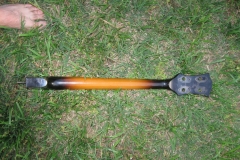 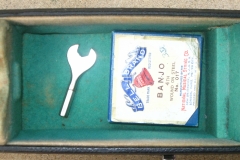 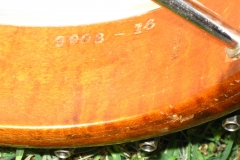 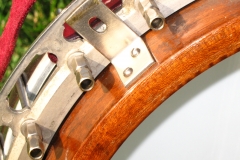 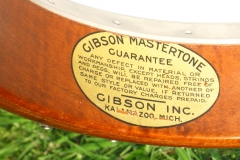 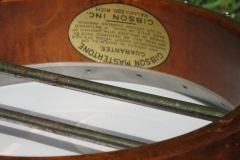 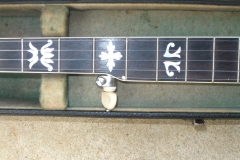 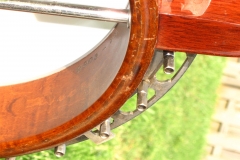 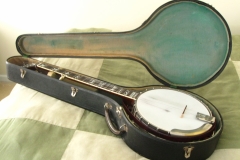 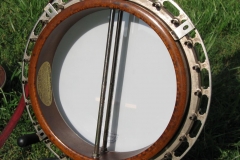 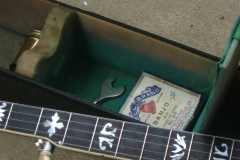 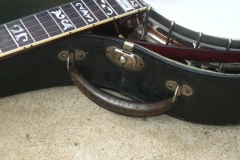 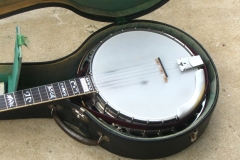 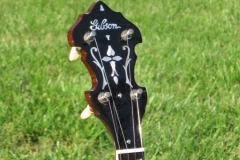 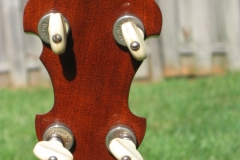 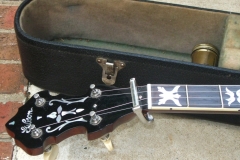 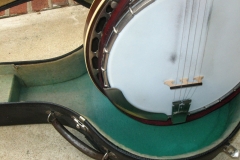 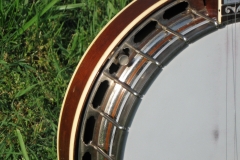 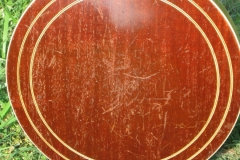 Many unusual features have been observed in style 3 banjos from lot #9903 (see Gibson banjo serial numbers vs. factory order numbers), indicating that for some reason Gibson chose this lot as an opportunity to use up various leftover components.  The rim of #9903-16 was originally made up for a flathead tone ring and then altered at the factory to accept a raised-head ring through the addition of a maple cap; when this cap was recently removed for installation of a nickel-plated, twenty-hole Dannick flathead tone ring, stain was still visible on the original top surface of the rim.  The original tenor neck was replaced at some point with a bowtie-inlay TB-250 neck from the 1950s or 1960s; the banjo has now been converted to five-string with the addition of a neck by Frank Neat of Russell Springs, Kenucky.  The banjo is now housed in an original prewar #521 case by Geib and Schaefer.