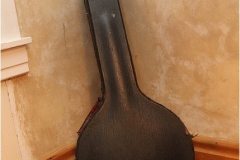 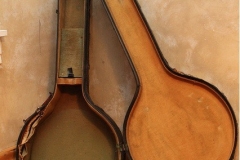 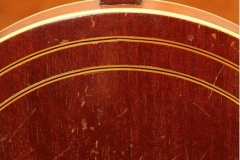 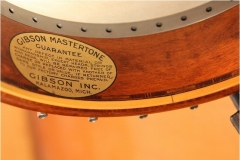 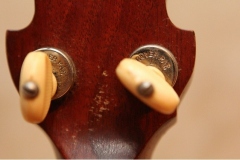 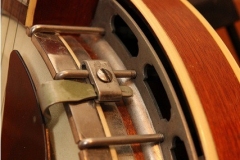 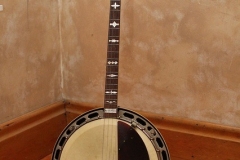 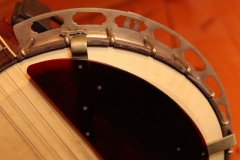 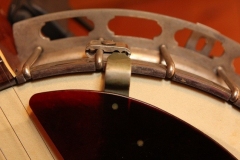 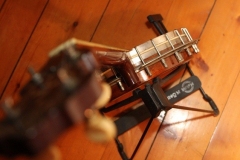 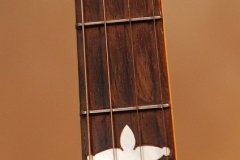 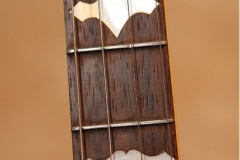 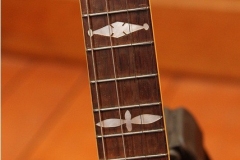 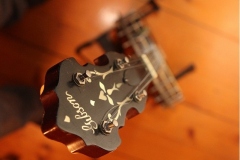 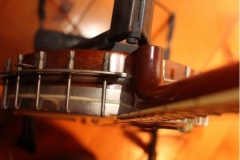 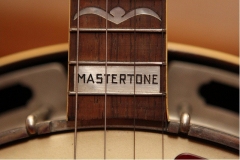 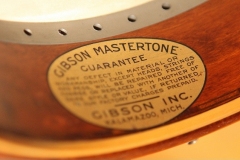 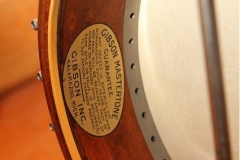 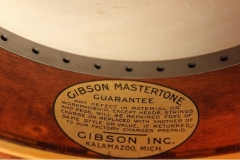 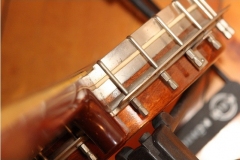 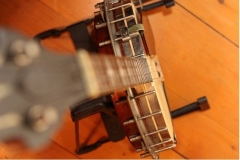 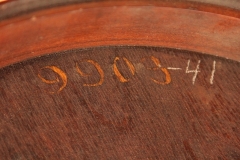 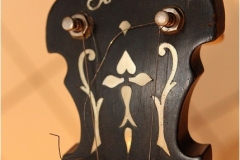 In most respects, #9903-41 (see Gibson banjo serial numbers vs. factory order numbers) is a typical early-1930s TB-3; the imitation-tortoise head guard was available as a factory option.

This banjo deviates from catalog specifications, however, in one notable way; the bottom of the rim features white binding and multicolored wood purfling, offered as one of the trim options on Gibson’s “Custom” Bella Voce and Florentine banjos of the late 1920s.  The presence of this binding and purfling indicates that this rim was originally intended for a Custom banjo, then later adapted for use in this TB-3.  The binding and purfling would originally have also been present on the outside of the rim, but reconfiguration of the rim from two-piece-flange to one-piece-flange dimensions necessitated removal of wood from the outside of the rim below the flange.  The purfling seen here would later appear in the form of the two concentric rings on the back of style 4 resonators of the 1930s.

The rim in TB-3 Mastertone #9903-46, the “Chas. A. Clark”, features “Christmas tree” binding, another Custom banjo option, on the inside bottom edge; another TB-3 from lot #9903 has been documented with checkerboard binding inside the rim.  Other unusual features have been observed in banjos from lot 9903, including the wreath inlays of TB-3 Mastertone #9903-28, suggesting that Gibson chose this lot as an opportunity to use up various leftover components.