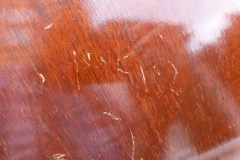 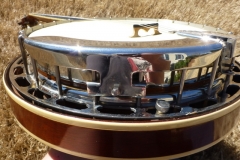 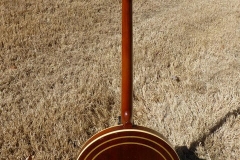 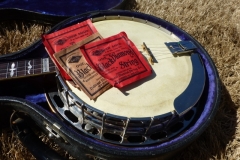 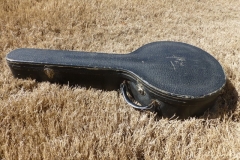 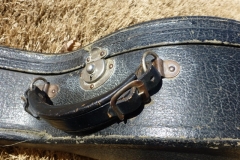 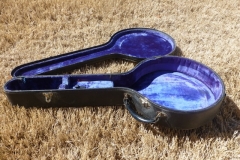 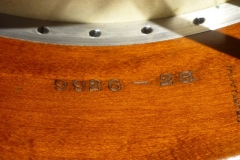 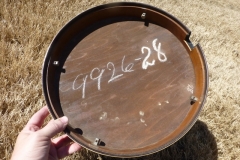 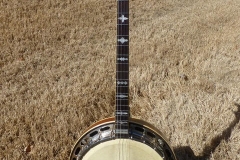 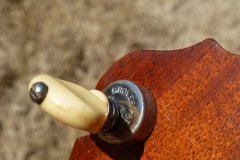 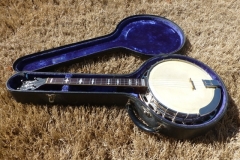 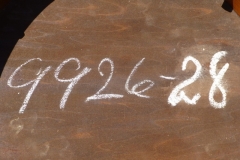 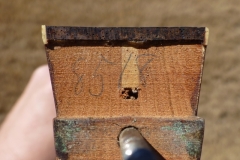 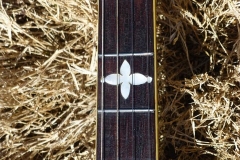 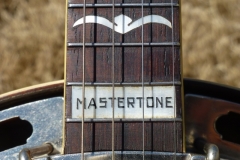 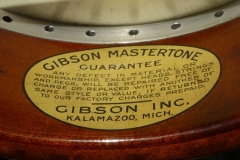 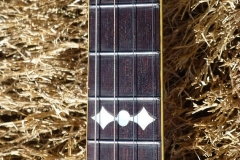 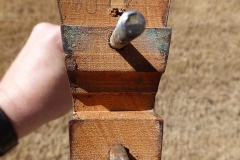 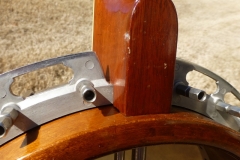 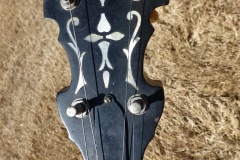 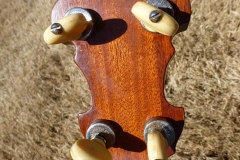 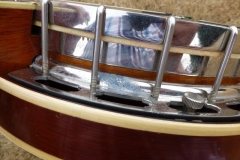 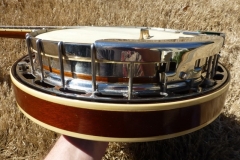 Style 3, the least expensive model in Gibson’s prewar Mastertone line, was revamped in 1929.  The model’s straight-grained maple changed to mahogany, two concentric rings of white/black/white purfling were added to the back of the resonator, the brass tube-and-plate flange was replaced by a one-piece cast metal flange, and the headstock shape and inlay patterns also changed.  #9926-28 (see Gibson banjo serial numbers vs. factory order numbers) dates to 1931 and remains in fully original condition.  One unusual feature of this example is the lot #8518 written on the neck heel; while no instruments from lot #8518 have surfaced thus far, it would date to 1926; researcher Joe Spann has proposed that this neck blank may have originally been prepped for a TB-4, the only Gibson banjo featuring a mahogany neck in 1926.

#9926-28 was given as collateral for a $300 loan in the early 1960s and remained in the same family until early 2016.  Along the way a young family member lightly scratched “1992” into the back of the resonator, which is fortunately not overly visible.  The banjo remains in its original plush-lined hard case.