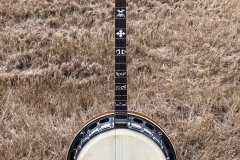 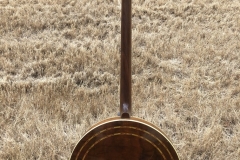 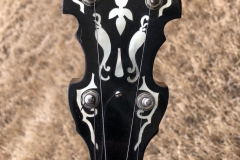 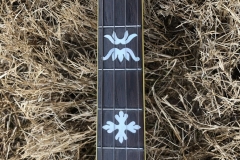 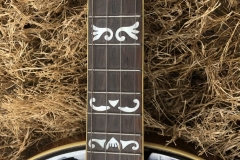 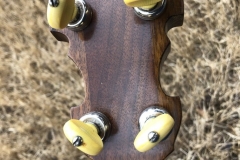 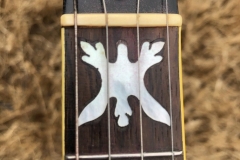 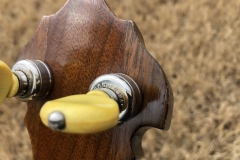 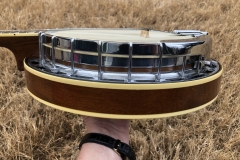 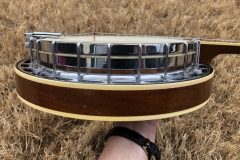 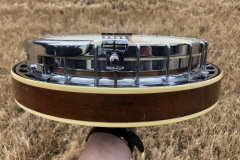 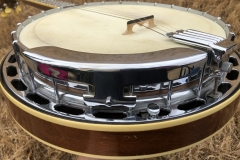 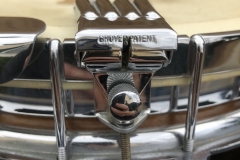 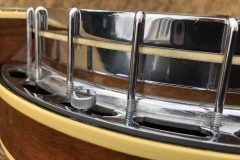 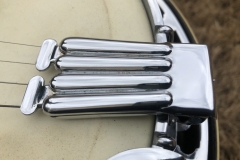 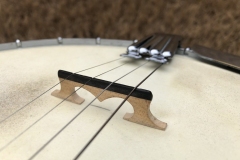 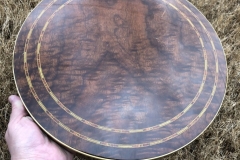 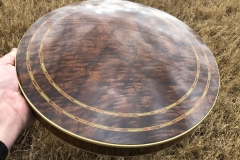 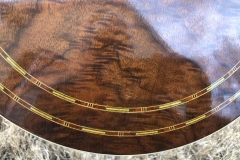 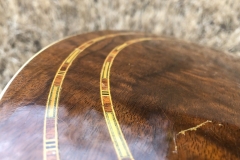 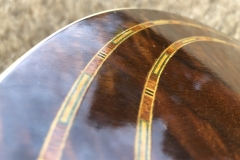 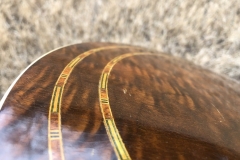 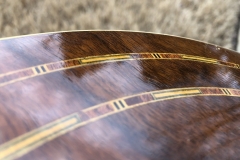 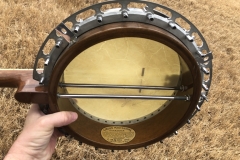 Gibson’s 1930 catalog described the TB-4 as “the materialization of the dreams of the most distinguished artist”, yet “not too costly.”  The model’s specifications included what the catalog described as “beautiful, compelling Burl Walnut” and chrome (or “Chromium”) plating, “the best wearing plate known to science.”  As is the case with most surviving style 4 banjos from the period, the plating on this 1932 example (see Gibson banjo serial numbers vs. factory order numbers) has indeed held up well over the decades; the whole instrument remains in excellent unaltered condition including its original plush-lined #509 case by Geib and Schaefer, a Rogers calfskin head, and a period two-footed bridge.  The peghead and fingerboard inlays are in the catalog-specified “flying eagle” pattern, although 1930s style 4 banjos are also seen with the “hearts and flowers” pattern as used on TB-4 Mastertone #9553-34.