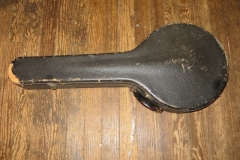 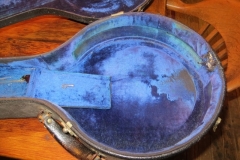 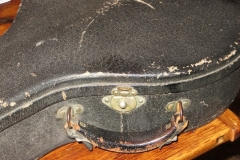 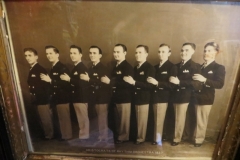 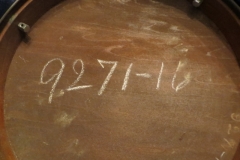 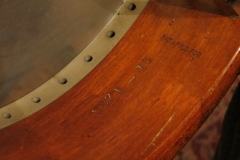 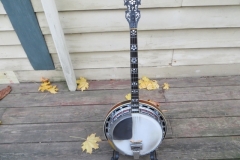 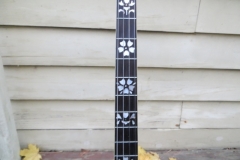 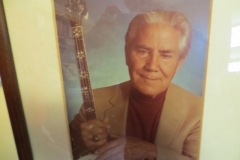 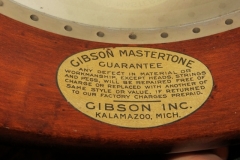 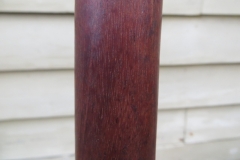 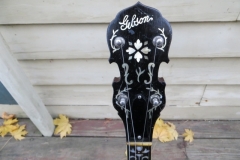 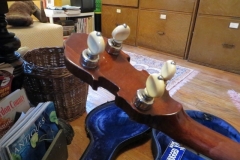 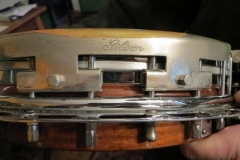 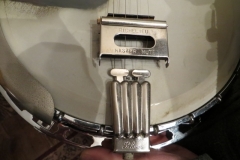 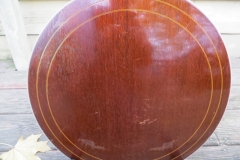 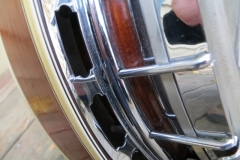 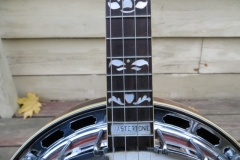 In 1929 the second model up in Gibson’s Mastertone line, style 4, changed specifications from mahogany with nickel plating and a tube-and-plate flange to walnut with chrome plating and a one-piece flange; #9271-16 (see Gibson banjo serial numbers vs. factory order numbers) is from one of the last lots of tube-and-plate style 4 banjos.  While the majority of 1920s style 4 banjos featured the hearts and flowers inlay pattern; #9271-16 (see Gibson banjo serial numbers vs. factory order numbers) is one of a small number of late 1920s TB-4s made with hearts and flowers peghead inlays but the more elaborate fingerboard inlay pattern seen on the gold-plated, engraved Bella Voce model; the banjo remains in original condition with the exception of the tailpiece and armrest, which are 1970s Gibson replacements.

#9271-16 can be considered a transitional example as the chrome-plated hardware and “two-band” Grover tuners are characteristics more commonly seen in the one-piece-flange walnut PB-4s which went into production later in 1929; the banjo remains in its original plush-lined #509 case by Geib and Schaefer.

The original owner of #9271-16 was Irvin O. Kenen (15 December 1909–10 January 1995); Mr. Kenen’s daughter recalls that her father “was born in Brooklyn as Helge Oiva Koskinen, but later moved to the Metuchen-Edison area of New Jersey and renamed himself Irvin O. Kenen.  My father played the banjo, guitar, and mandolin, and played in the ‘Aristocrats of Rhythm’ and ‘Jimmy Gay-Music the Modern Way’ bands.  They played in the New Brunswick and Newark areas of New Jersey regularly.  He was a chemist by trade and worked for Nixon Nitration, Nixon-Baldwin, and Tenneco, mostly as a plastics chemist.  Some of his favorite songs were ‘Bye Bye Blackbird’ and ‘Sweet Sue’, after which I was named.”

Photos courtesy of the family of Irvin O. Kenen.