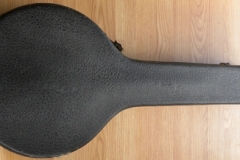 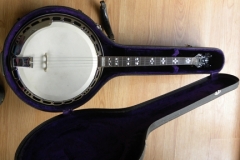 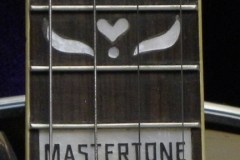 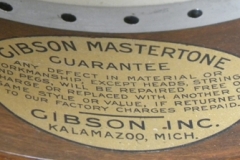 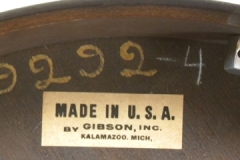 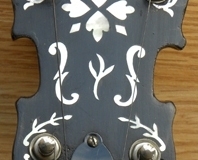 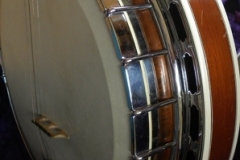 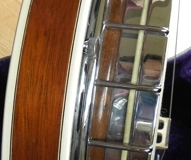 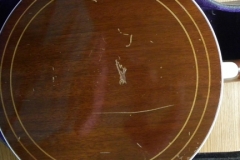 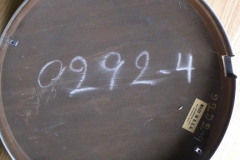 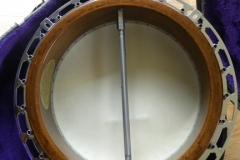 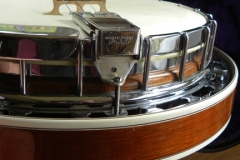 In 1929 the second model up in Gibson’s Mastertone line, style 4, changed specifications from mahogany with nickel plating and a tube-and-plate flange to walnut with chrome plating and a one-piece flange.  #9332-4 (see Gibson banjo serial numbers vs. factory order numbers) is from one of the last lots of tube-and-plate style 4 banjos.  It was owned for many years by Frank Mundy (18 May 1915–1 August 1995), a native of Toronto, Ontario.  Mr. Mundy’s daughter recalls that her father “was a part-time musician, playing on the boats that traveled Lake Ontario between Toronto, Ontario and Rochester, New York, and it paid for his university education, graduating as a chemical engineer in 1937.”  The “Made In U.S.A.” label inside the resonator is typical of instruments which were originally shipped outside the United States.

Photos courtesy of the family of Frank Mundy.