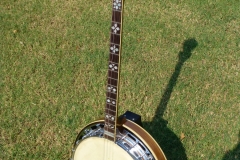 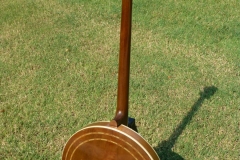 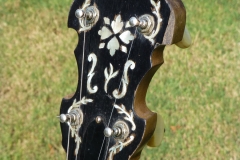 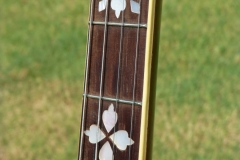 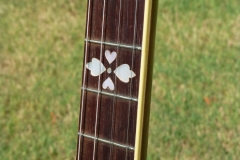 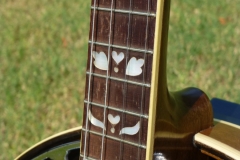 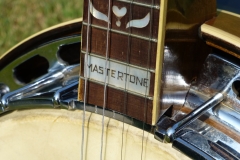 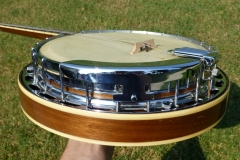 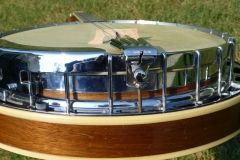 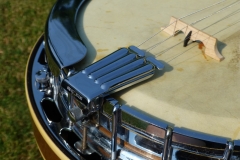 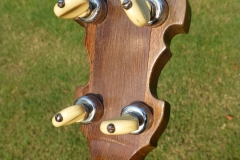 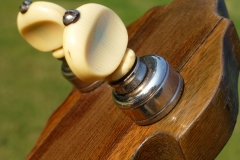 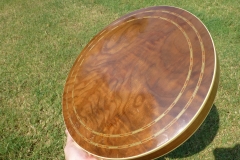 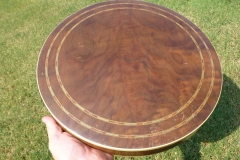 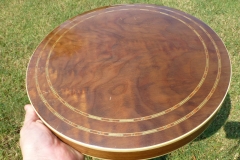 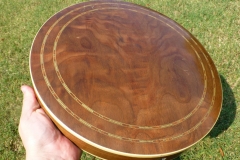 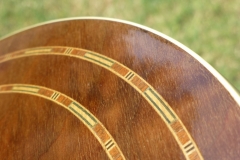 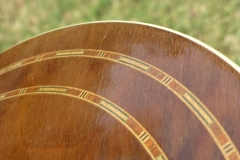 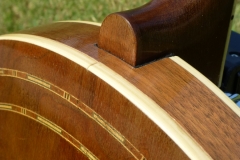 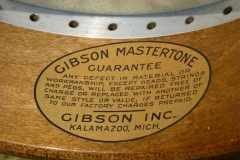 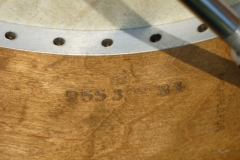 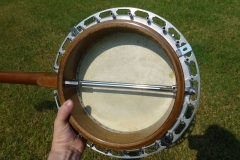 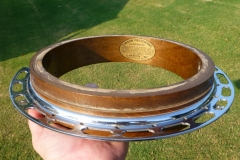 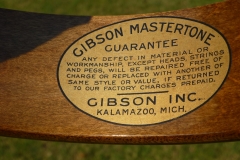 Gibson’s 1930 catalog described the TB-4 as “the materialization of the dreams of the most distinguished artist”, yet “not too costly.”  The model’s specifications included what the catalog described as “beautiful, compelling Burl Walnut” and chrome (or “Chromium”) plating, “the best wearing plate known to science.”  #9553-32 dates to 1930; while the catalog illustration showed the style 4 with “flying eagle” inlays, a small number were produced with the “hearts and flowers” pattern.  Lots 9553 and 9554 (see Gibson banjo serial numbers vs. factory order numbers) are two of the larger lots of style 4 banjos from this period; lot 9553 banjos feature the “hearts and flowers” pattern while those from lot 9554 have “flying eagle” inlays.