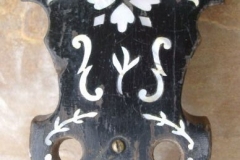 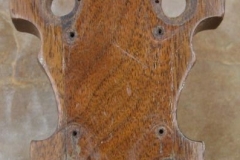 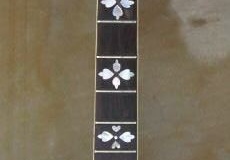 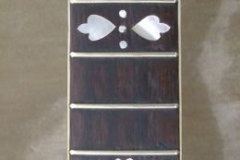 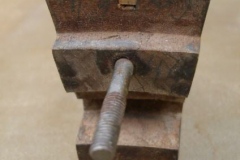 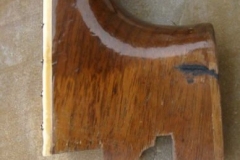 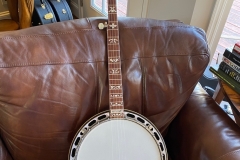 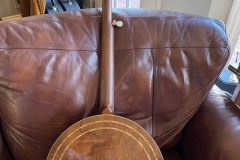 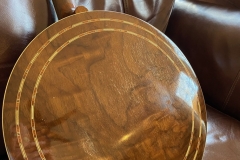 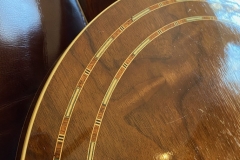 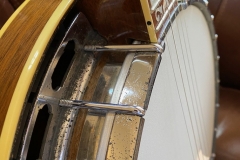 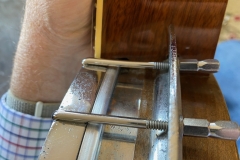 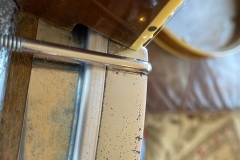 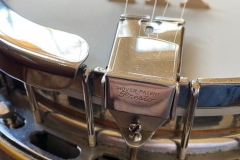 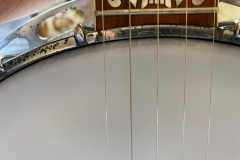 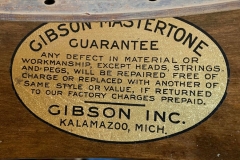 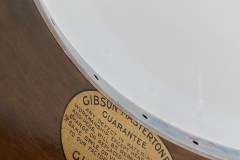 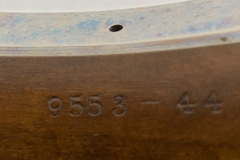 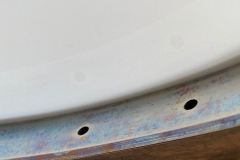 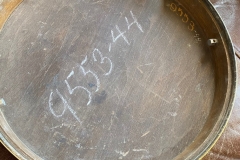 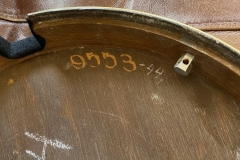 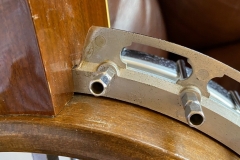 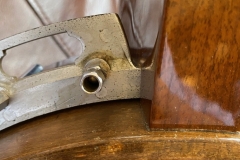 Gibson’s 1930 catalog described the TB-4 as “the materialization of the dreams of the most distinguished artist”, yet “not too costly.”  The model’s specifications included what the catalog described as “beautiful, compelling Burl Walnut” and chrome (or “Chromium”) plating, “the best wearing plate known to science.”  #9553-44 (see Gibson banjo serial numbers vs. factory order numbers) dates to 1930 and has been converted to five-string flathead with the addition of a chrome-plated Faulkner tone ring and a Frank Neat neck. The original clamshell tailpiece has been replaced with a punched prewar chrome-plated Presto tailpiece and the armrest has been replated.

This banjo was owned and played for many years by noted bluegrass banjoist Chris Warner, a former member of Jimmy Martin‘s Sunny Mountain Boys.