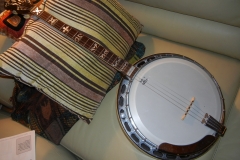 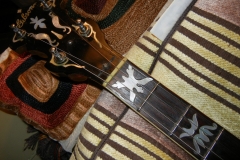 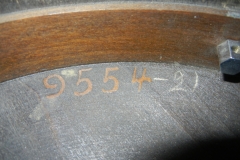 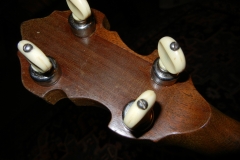 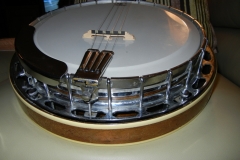 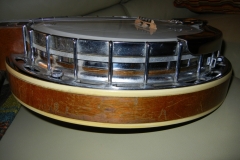 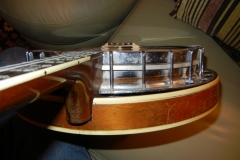 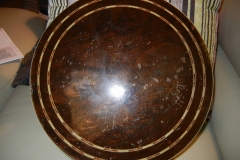 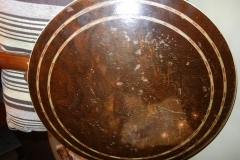 In 1929, style 4 changed from the earlier mahogany model with two-piece flange and fiddle-shaped peghead to the version seen here.  The wood is burl walnut with two rings of marquetry inlaid in the back of the resonator.  The flange is one-piece and the hardware is plated with chrome rather than nickel, giving the metal a bluish appearance.  The peghead is the double-cut type and the inlays are in the flying eagle pattern.  Lots 9553 and 9554 (see Gibson banjo serial numbers vs. factory order numbers) are two of the larger lots of style 4 banjos from this period; lot 9553 banjos are hearts and flowers while those from lot 9554 are flying eagle.

#9554-21 shows considerable wear to the finish and pulling-up of the pot metal flange, but remains fully original.