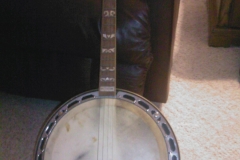 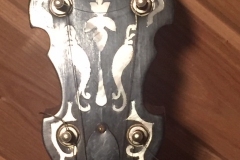 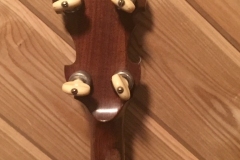 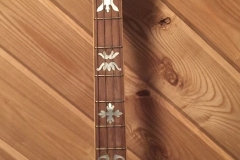 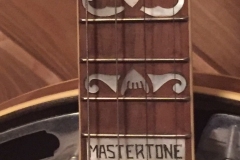 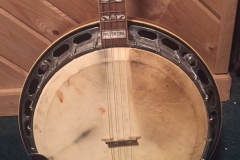 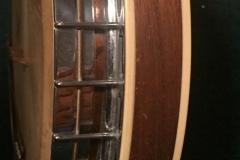 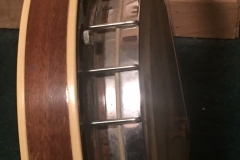 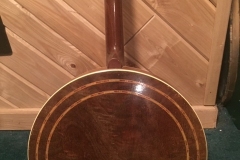 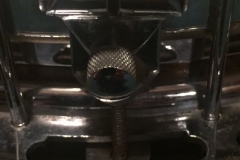 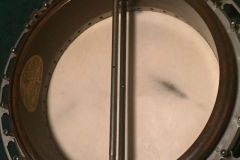 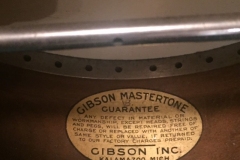 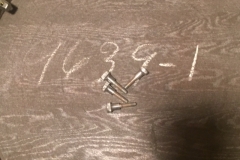 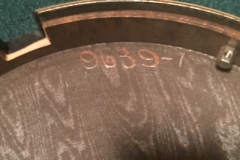 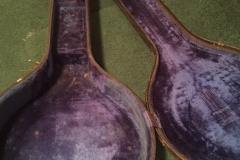 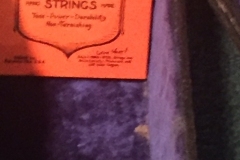 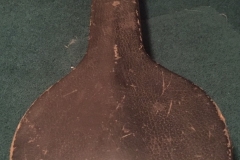 While the resonator of the Snuffy Jenkins RB-4 features the white/black/white purfling normally seen on style 4 Mastertones of the 1920s, this banjo’s resonator has the catalog-standard multicolored parquetry normally associated with the style 4 of the 1930s. TB-4 Mastertone #9639-1 remains in excellent original condition including its original plush-lined #509 case by Geib and Schaefer, calfskin head, and period two-footed bridge.