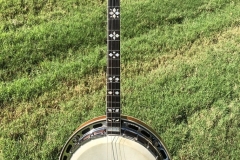 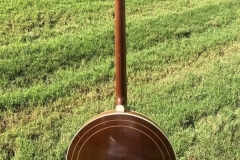 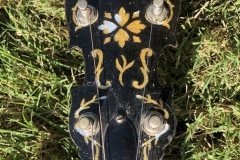 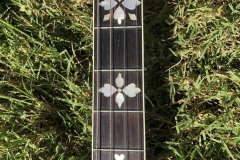 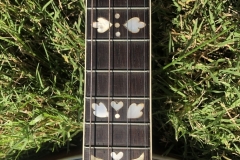 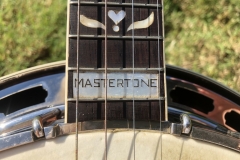 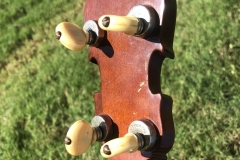 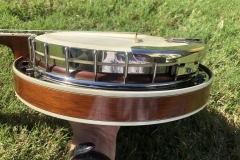 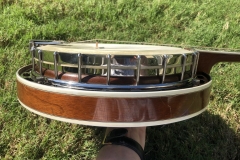 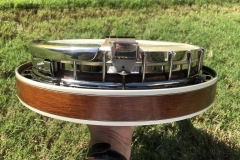 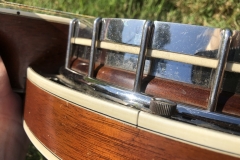 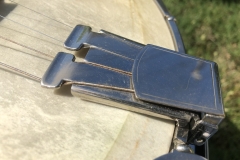 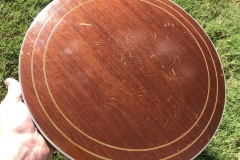 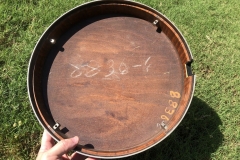 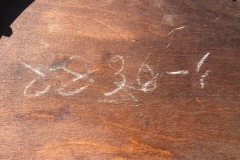 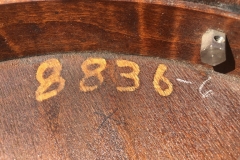 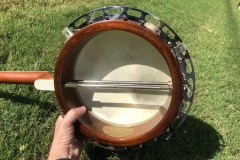 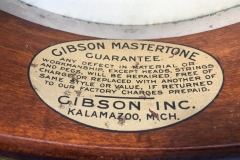 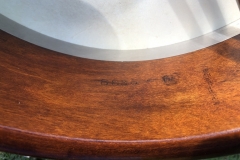 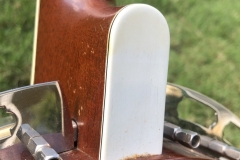 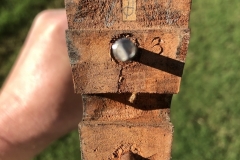 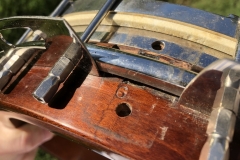 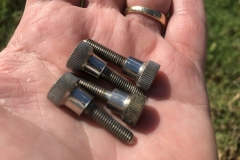 The second model up in Gibson’s Mastertone line, the style 4 of the late 1920s featured a mahogany resonator with two concentric circles of white/black/white purfling inlaid on the back, a mahogany neck, nickel-plated hardware, a two-piece flange, and either a no-hole or forty-hole archtop tone ring.  The peghead was fiddle-shaped and the inlays were in the hearts and flowers pattern. The resonator and peghead binding were the same multi-ply white and type seen on the Granada, and a white ivoroid heel cap featured this same multi-ply binding.

#8836-6 (see Gibson banjo serial numbers vs. factory order numbers) dates to 1927 and features the no-hole archtop tone ring frequently associated with that year’s production. The longtime owner of this TB-4 was Harold F. Graham (1904-1983); Mr. Graham’s son fills in some of his father’s history with the banjo:

“He was born in 1904 in Dayton, Ohio. He grew up in Norfolk, Virginia. He bought his first banjo in the 1920s and taught himself to play. During the Depression he sold that one to his brother-in-law Dwight Bowman. When he got back on his feet he tried to buy it back but Uncle Dwight had learned to play it. Dad then bought the banjo you now own at a pawn shop. Fast forward to the late 1940s and Dad started his own family band. My Sister Carole played the steel guitar, brother Harold Junior the upright bass violin, and my sister Linda the accordion. They performed locally and at competitions in Bowling Green, Ohio. We lived on a farm near Arcola, Indiana. My Mom died in 1953 and that brought an end to the band. After that Dad played and emceed the Lions Club minstrel show at Arcola for a few years. About 1970 Dad and my Step-Mom moved to Florida. Lake Eustis was a mobile home park. While he was there he organized musical programs in the park. He gave me the banjo in the early 80s.”