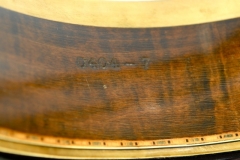 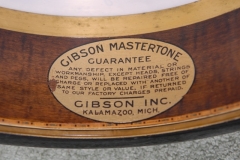 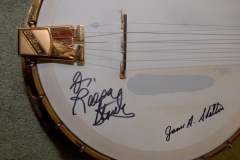 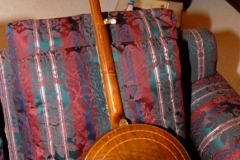 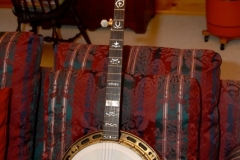 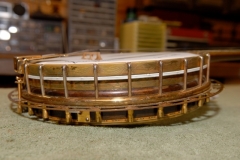 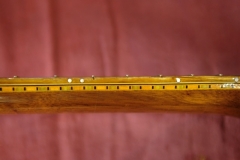 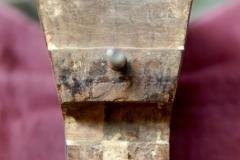 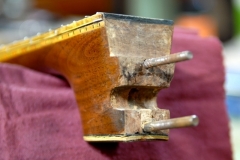 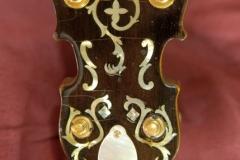 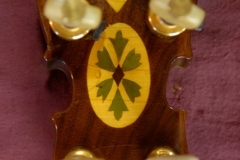 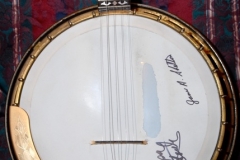 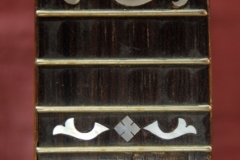 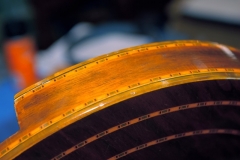 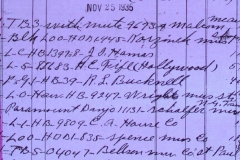 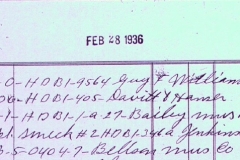 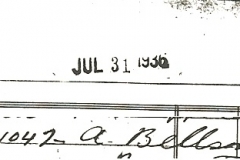 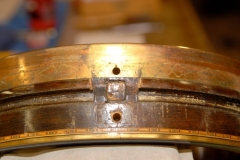 Style 5 was included in the original Mastertone line of 1925, one model above the Granada, and remained in production until about 1929 when it was replaced by style 6.  TB-5
#0404-7 (see Gibson banjo serial numbers vs. factory order numbers) dates to the 1927-1928 period when Gibson produced some banjos in a separate series of factory order numbers with leading zeroes.  The longtime owner of #0404-7 was Paul Tester, a noted banjo player and builder in Clinton, Maryland, who acquired the banjo from its previous owner in Minnesota circa 1965.  Tester and Tom Morgan, another influential player and builder of the period, built the five-string neck; the pot with its no-hole, raised-head tone ring remains original with the exception of a replaced tailpiece and armrest.

This banjo appears three times in Gibson’s prewar shipping ledgers (November 25, 1935; February 28, 1936; and July 31, 1936), each time being returned after an unspecified repair to the Bellson Music Company of Saint Paul, Minnesota.  The Bellson Music Company was owned by Albert Bellson, a Gibson teacher-agent and brother of longtime Gibson employee Julius Bellson, who authored the first history of the company in 1973.