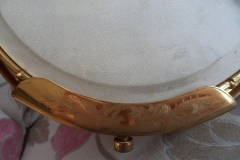 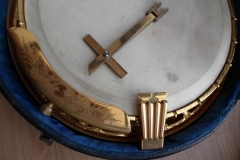 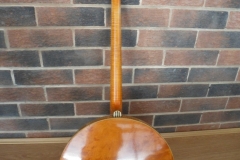 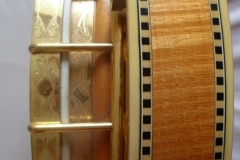 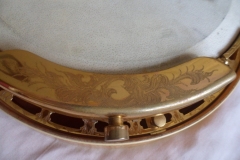 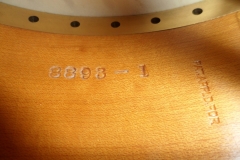 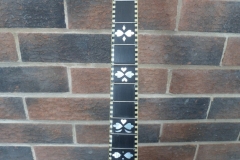 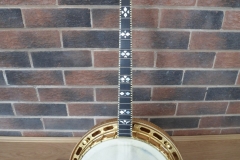 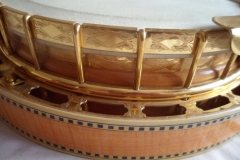 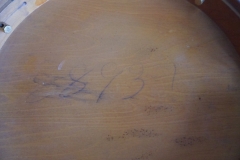 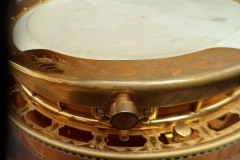 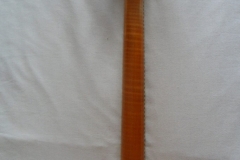 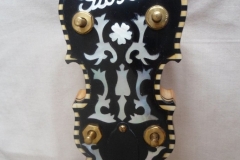 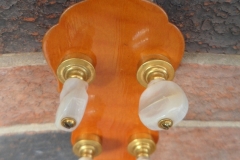 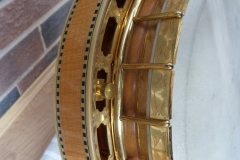 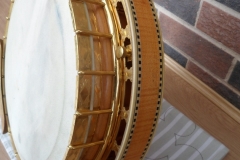 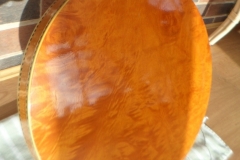 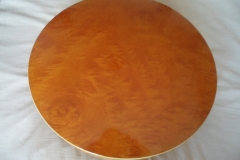 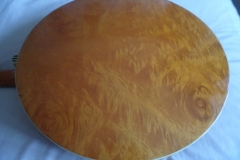 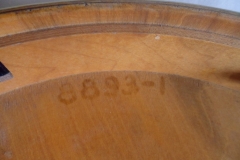 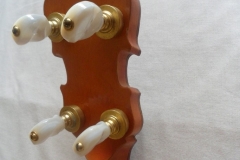 What the article described as a “two-tone effect” was the new sunburst finish which Gibson referred to as “Argentine grey”.  #8893-1 (see Gibson banjo serial numbers vs. factory order numbers) dates to late 1927 and is the earliest known example of a TB-6; rather than the Argentine grey finish, this example features a uniform blond finish.  TB-6 Mastertone #9083-1, the “Glenn Eastham”, is the earliest known TB-6 with the Argentine grey finish.  As with some of the other early examples of the style 6, the tension hoop, tone ring, and flange on this example are engraved in the pattern used on the recently-discontinued Bella Voce model rather than the “x” engraving pattern which would become standard on the style 6.  The larger Gibson logo on the peghead is an unusual feature seen only on a few of the earliest style 6 Mastertones, and the original tuners with mother-of-pearl buttons are a type not normally used by Gibson.

#8893-1 remains in excellent, unaltered condition and is set up with a vintage calfskin head; the original “Vibrato Tone-Master” armrest-activated mute mechanism remains with the banjo.