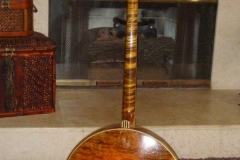 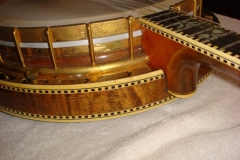 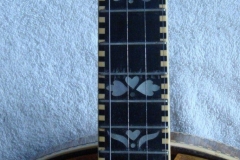 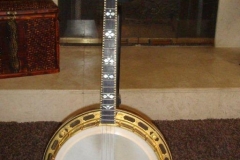 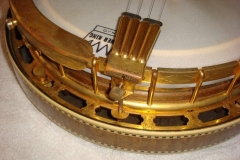 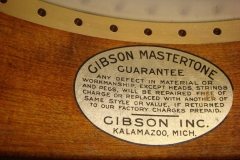 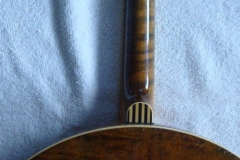 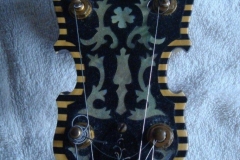 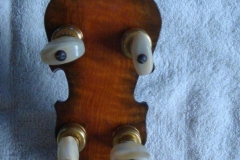 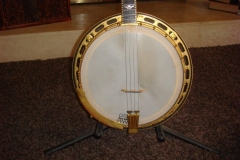 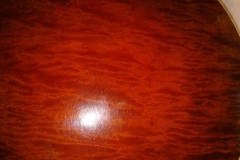 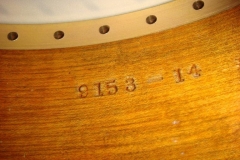 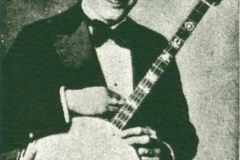 Gibson’s”Vibrato Tone-Master” armrest-activated mute, which company literature promised would provide the player “tonal control like an organ”, was introduced on style 6 and would soon become available on other Mastertone models, but it seems never to have gained widespread popularity among players.  What the article described as a “two-tone effect” was the new sunburst finish which Gibson referred to as “Argentine grey.”  One model up in the line from the Granada, the style 6 featured curly maple and gold-plated, engraved hardware.  The example  seen here is actually engraved with the pattern used on the even more ornate Bella Voce model.  The larger Gibson logo in the peghead is an unusual feature seen only on some style 6 Mastertones of the period.

The original owner of #9153-14 (see Gibson banjo serial numbers vs. factory order numbers) was Jimmie Smith of New York City, who was a member of Harry Reser‘s Clicquot Club Eskimos.  Smith was a Gibson endorser and is pictured above with a TB-5 in a photograph from Gibson’s Catalog U of 1932.