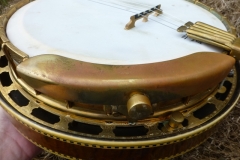 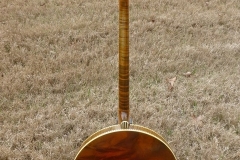 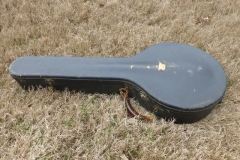 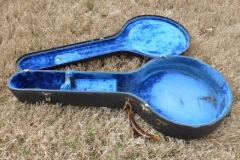 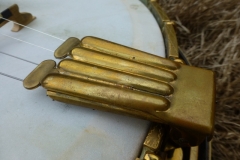 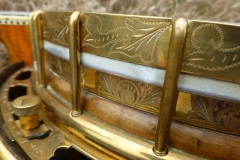 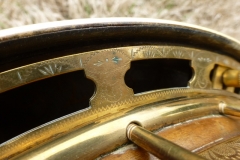 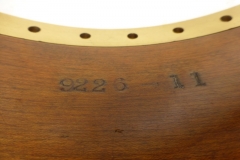 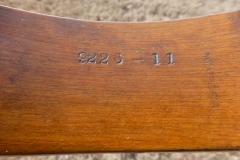 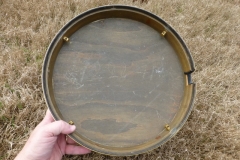 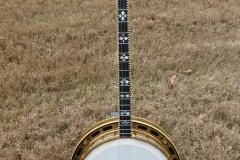 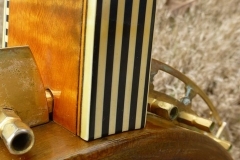 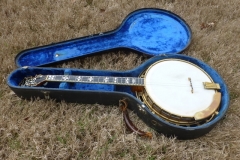 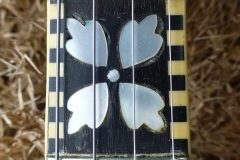 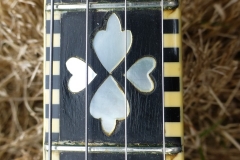 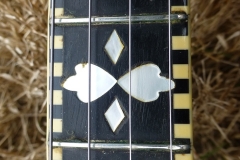 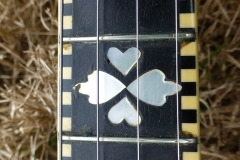 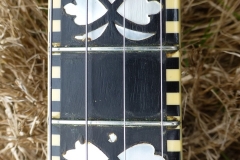 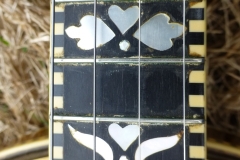 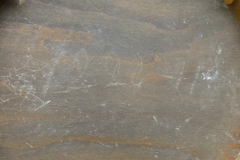 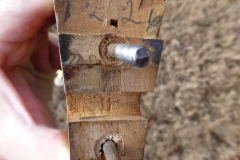 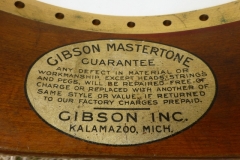 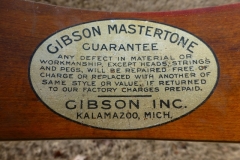 What the article described as a “two-tone effect” was the new sunburst finish which Gibson referred to as “Argentine grey”;  #9226-11 (see Gibson banjo serial numbers vs. factory order numbers) dates to late 1928 and its tension hoop, tone ring, and flange are engraved in the pattern used on the top-of-the-line Florentine model rather than the “x” engraving pattern which was standard on the style 6.  The larger Gibson logo and slightly oversized inlays are seen only on a few of the earliest style 6 Mastertones.  This example otherwise conforms to standard specifications for style 6; the armrest is the type intended to operate Gibson’s newly-introduced “Vibrato Tone-Master” armrest-activated mute and although there is a hole in the rim for the mute activator rod, no internal mute assembly is present.  The tuners are Grover DeLuxe “two-bands” with genuine mother-of-pearl buttons.

The original owner of #9226-11 was Francis Koekenberg, a regular participant in the yearly Mummers Parade in Philadelphia; his name appears in aftermarket engraving on the truss-rod cover.  The banjo was subsequently owned by fellow Mummer Paul Lloyd and remained in his family until February 2018.