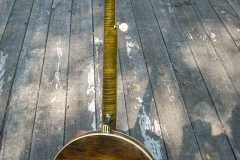 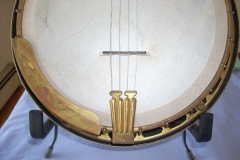 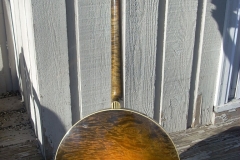 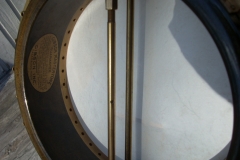 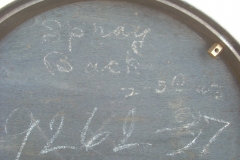 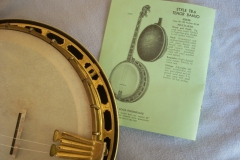 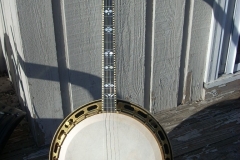 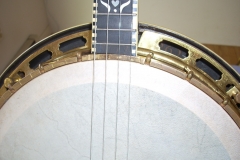 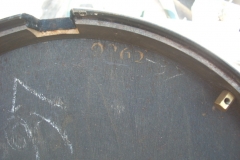 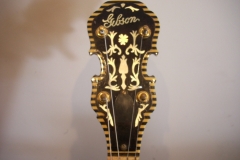 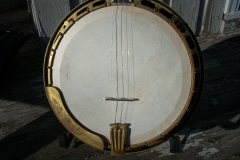 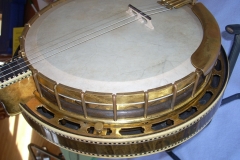 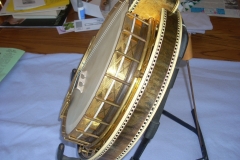 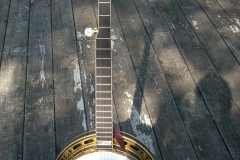 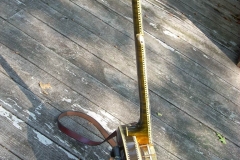 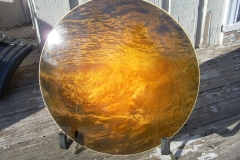 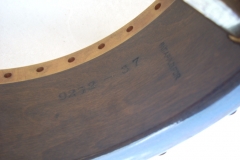 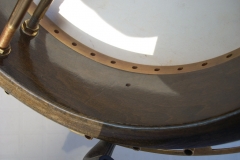 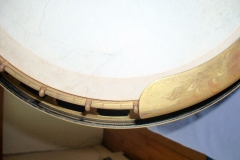 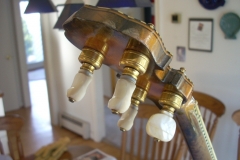 Gibson’s “Vibrato Tone-Master” armrest-activated mute, which company literature promised would provide the player “tonal control like an organ”, was introduced on style 6 and would soon become available on other Mastertone models, but it seems never to have gained widespread popularity among players.  Although the mute assembly is not present on #9262-37, there is a hole drilled in the rim to accommodate it.  What the article described as a “two-tone effect” was the new sunburst finish which Gibson referred to as “Argentine grey.”  One model up in the line from the Granada, the style 6 featured curly maple and gold-plated, engraved hardware.

#9262-37 (see Gibson banjo serial numbers vs. factory order numbers) features particularly dramatic figure in the maple veneer on the back of the resonator; a Gibson inspector apparently felt that this resonator back needed a little extra attention from the finishing department, as the instruction “spray back 2-3 coats” is written in chalk inside the resonator.

This banjo is currently set up with a five-string neck by First Quality Music.  The owner explains that the five-string features a “blank ebony fingerboard to ‘salute’ Don Stover’s banjo as it was in much of the 1960s.  ‘Don Stover’ is engraved in the Mastertone block at the end of the fingerboard.  He was a hero to me.”

Photographs courtesy of an anonymous collector.