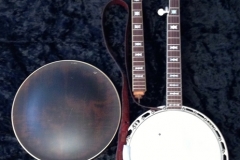 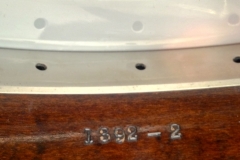 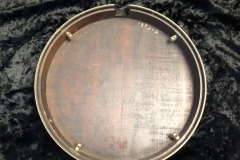 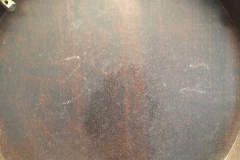 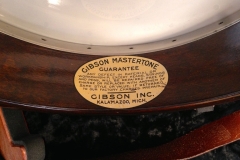 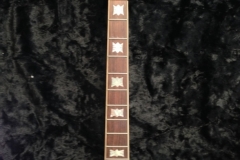 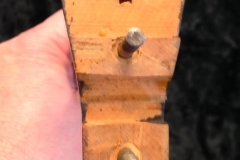 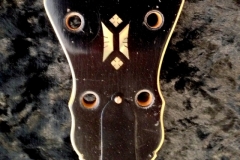 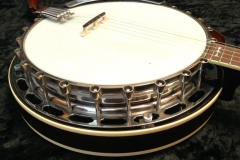 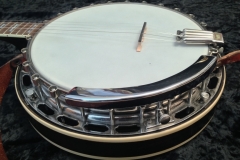 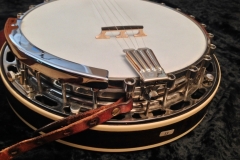 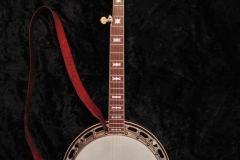 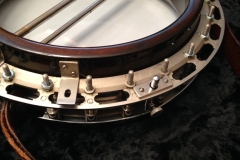 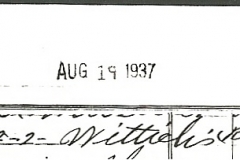 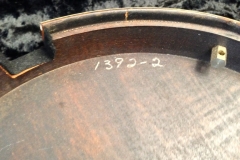 Introduced as part of Gibson’s overhaul of its Mastertone line in 1937, style 7 was the least expensive of the three new top-tension models.  #1392-2 is from the first known lot of TB-7s and was shipped on August 19, 1937 to Wittich’s Music in Reading, Pennsylvania; it conforms to standard catalog specifications for the model with dark-finished maple, nickel-plated hardware, and “slashed bowtie” inlays in a radiused rosewood fingerboard.

This example is somewhat unusual in that it was shipped only once;  Gibson’s new line of banjos received a lukewarm reception and many top-tensions left the factory multiples times as salesmen’s samples and were shipped to a number of different dealers before finally being sold.  This banjo’s “littermate”, #1392-1, was the first style 7 banjo to leave the factory and was taken out as a salesman’s sample three times, then shipped four times before selling.

#1392-2 has been converted to five-string with a neck by Robin Smith.