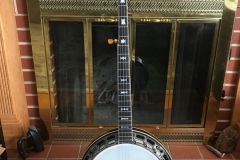 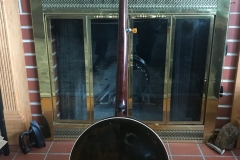 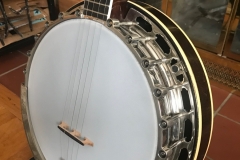 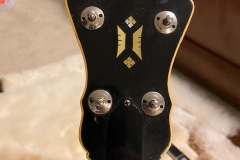 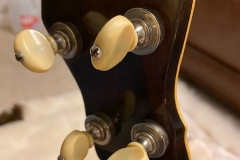 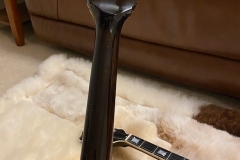 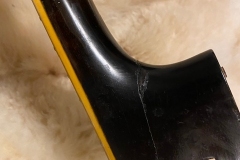 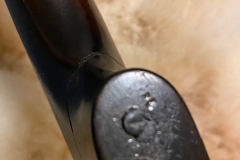 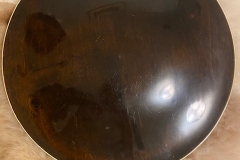 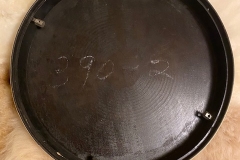 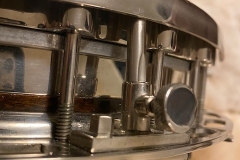 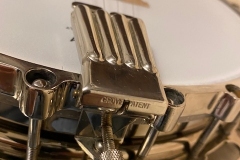 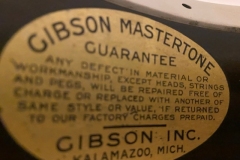 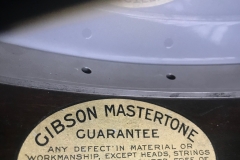 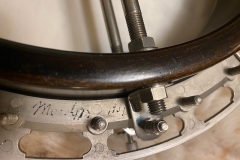 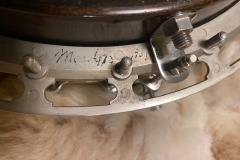 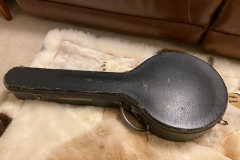 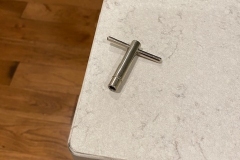 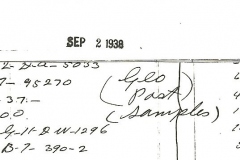 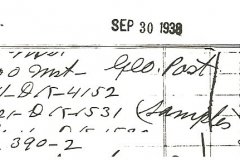 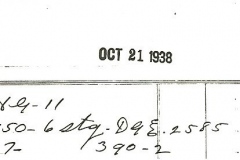 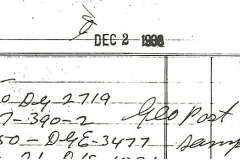 Introduced as part of Gibson’s overhaul of its Mastertone line in 1937, style 7 was the least expensive of the three new top-tension models.  #390-2 is from the second known lot of TB-7s to have been produced; it conforms to standard catalog specifications for the model with dark-finished maple, nickel-plated hardware, and “slashed bowtie” inlays in a radiused rosewood fingerboard.  This banjo remains in original condition with the exception of replaced tuners and a repaired heel crack, and has now been converted to five-string with a neck by Randy Wood.

The shipping history of #390-2 paints a picture of the lukewarm reception Gibson’s new line of banjos received.  This example first left the factory on September 2, 1938, when it was taken out as a sample by salesman George Post. The banjo obviously came back unsold and was taken out again by George Post as a sample on September 30, 1938. Still unsold, the banjo was taken out as a sample for a third time on October 21, 1938; the salesman this time was not identified in Gibson’s shipping ledger but was likely George Post again. Post took #390-2 out as a sample yet again on December 2, 1938 and again brought it back unsold; the banjo left the factory for the last time on March 15, 1939 when it was shipped to Denton, Cottier, and Daniels, a music store in Buffalo, New York.

#390-2 (see Gibson banjo serial numbers vs. factory order numbers) is inscribed on the underside of the flange with the year 1939 and a name, possibly “Marilyn”. It was owned for many years by a professor at the Crane School of Music at the State University of New York at Potsdam.