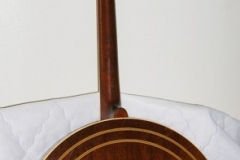 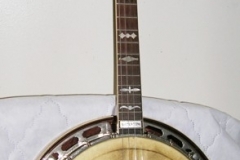 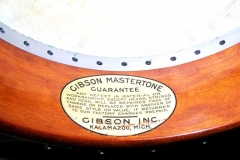 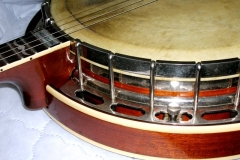 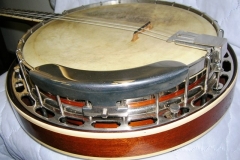 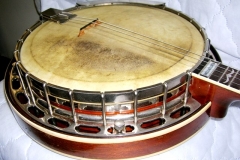 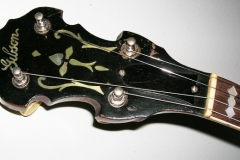 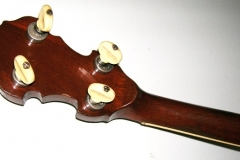 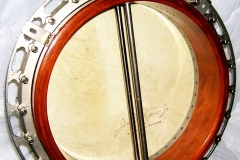 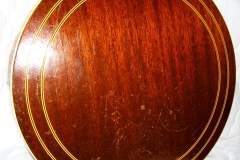 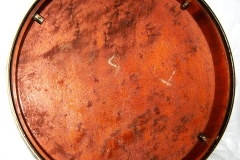 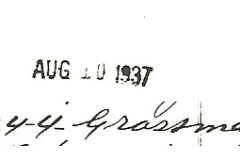 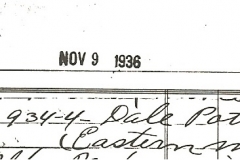 #934-4 (see Gibson banjo serial numbers vs. factory order numbers) was originally shipped to a Dale Potter in care of Eastern Musical Supply on November 9, 1936 and listed as a TB-3; the banjo was returned to the factory and, when it was shipped to the Grossman Music Company of Cleveland, Ohio on August 10th, 1937, it became the first banjo to be designated a style 75 in Gibson’s shipping ledgers.  #934-4 remains in excellent original condition with fully intact nickel-plated hardware, mahogany neck and resonator, leaves and bows inlays, and a forty-hole archtop tone ring.