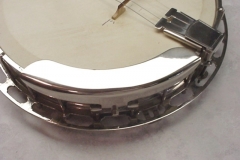 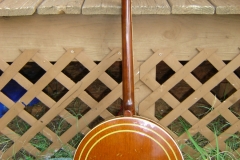 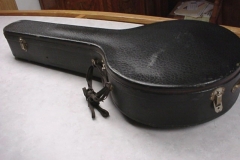 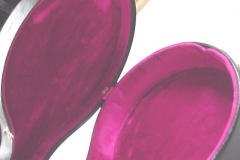 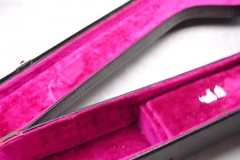 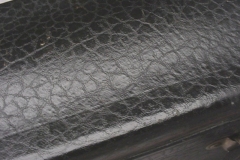 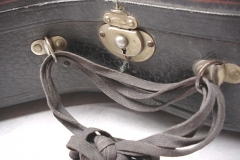 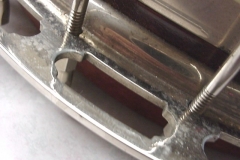 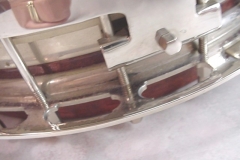 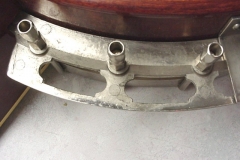 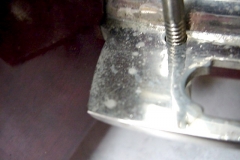 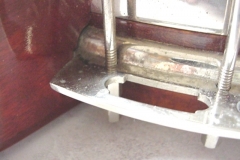 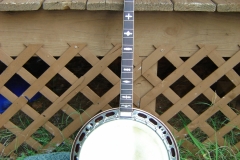 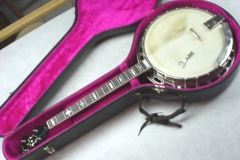 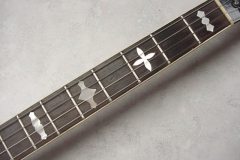 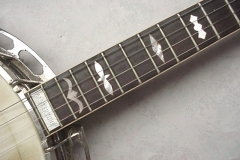 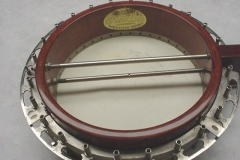 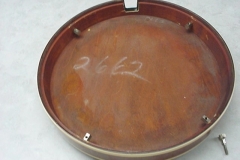 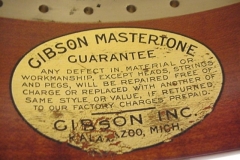 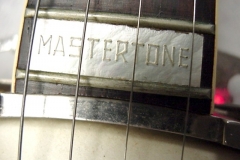 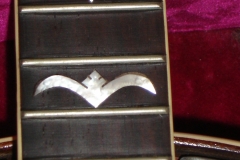 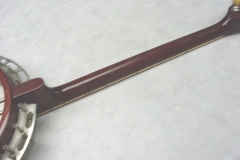 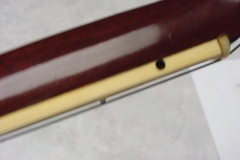 By the time style 75 entered the Gibson catalog, banjo production had declined dramatically and variations in inlay patterns became so common that it can fairly be said that there was not one standard style 75 pattern.  This banjo features a variation of the leaves and bows pattern on the Brazilian rosewood fingerboard, while the double-cut peghead is inlaid with a simple diamonds and squares pattern that had been standard (with a fiddle-shaped peghead) on the style 3 of the 1920s.  Otherwise this banjo conforms to standard catalog specifications for style 75, with mahogany neck and resonator with two inlaid rings of white/black/white purfling, single white binding on the neck and resonator, a one-piece flange, Presto tailpiece, forty-hole archtop tone ring, and nickel plating.  The tuners are the original Klusons with amber Catalin buttons, and the banjo is housed in its original red-line hardshell case.  As was standard practice in the late 1930s, a serial number with a two-letter prefix is stamped on the back of the peghead; the letter “F” indicates a date of 1940 (see Gibson banjo serial numbers vs. factory order numbers).