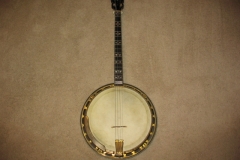 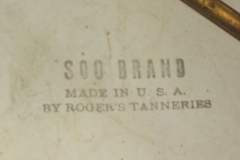 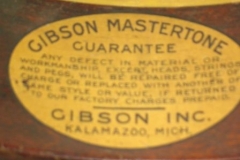 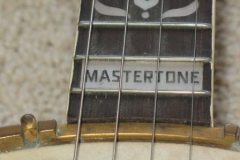 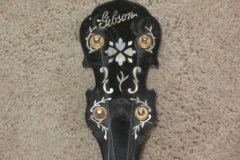 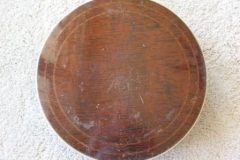 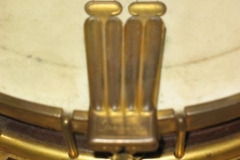 The banjo’s current owner fills us in on its history:

“My dad was Selmer Lien and he played in a band on the radio in Fargo, North Dakota during the 1930s as a second job.  He bought the banjo new and it’s been in a closet inside its case since his death in 1955.  The only thing ever done to it was to replace the tuners, though I have the originals, because they weren’t holding tight enough.  He also played guitar and piano, but used the banjo with the band.  My mother says he always complained that he had to strum it for half an hour or more before the skin got warm enough to give him the sound he was looking for.”

Photos courtesy of the family of Selmer Lien.