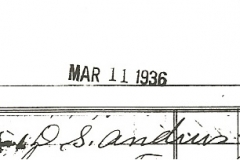 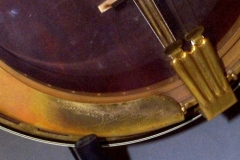 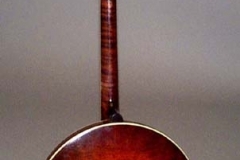 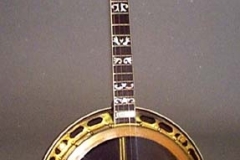 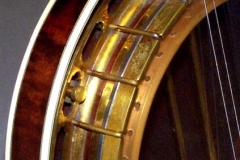 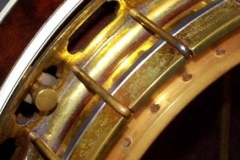 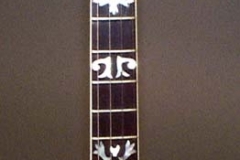 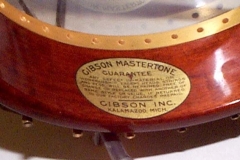 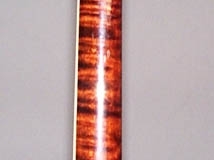 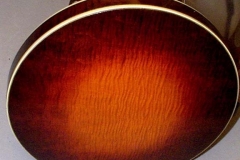 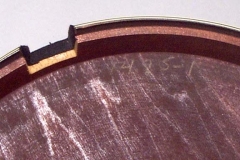 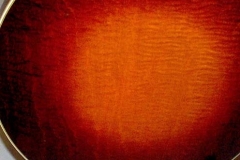 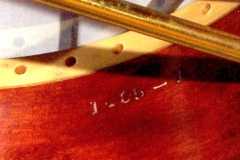 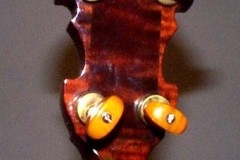 #1485-1 (see Gibson banjo serial numbers vs. factory order numbers) was shipped on March 11, 1936 to D.S. Andrus and Co., a large Gibson dealer in Williamsport, Pennsylvania, and is from the next-to-the last known batch of prewar Granadas to be produced before the model was discontinued in 1937.  The first banjo from this lot to leave the factory, #1485-5, had been shipped on August 21, 1935, but such was the low demand for high-end tenor banjos by this time that not until August 12, 1937 did the last of these five banjos,
#1485-4, leave the factory.

This example conforms to standard catalog specifications for a thirties Granada tenor with curly maple neck, curly maple resonator with sunburst finish, a one-piece flange, gold plating on all hardware and engraving on the tension hoop and armrest, a forty-hole archtop tone ring, flying eagle inlays in a rosewood fingerboard, a double-cut peghead, multi-ply black and white binding on neck and resonator, and a clamshell tailpiece.  The tuners are high-end Grovers with large Catalin buttons.  The veneer often used on the rear of the peghead to hide the peghead ears on Gibson’s more expensive Mastertone models is absent on this example.