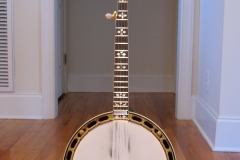 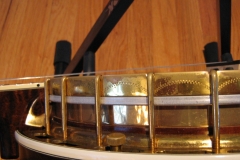 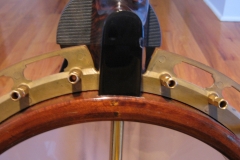 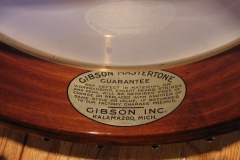 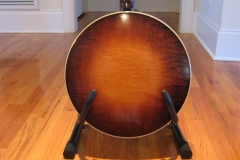 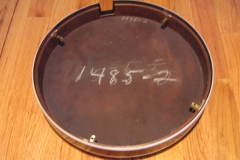 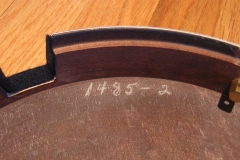 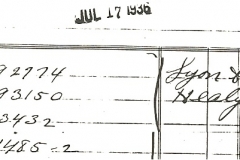 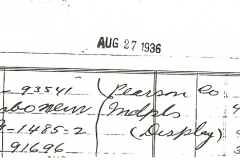 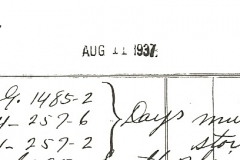 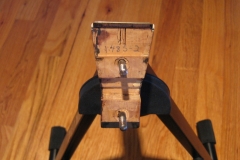 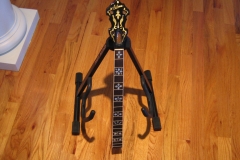 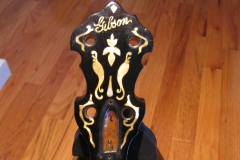 #1485-2 (see Gibson banjo serial numbers vs. factory order numbers) is from the next-to-the last known batch of prewar Granadas to be produced before the model was discontinued in 1937.  The first banjo from this lot to leave the factory, #1485-5, had been shipped on August 21, 1935, but such was the low demand for high-end tenor banjos by this time that not until August 12, 1937 did the last of these five banjos, #1485-4, leave the factory.  Higher-priced banjos of this period were often shipped more than once before finally finding a home, and this TB-Granada was no exception.  It was shipped for the first time on July 17, 1936 to Lyon and Healy, the large musical retailer in Chicago; Lyon and Healy obviously returned the banjo to Gibson fairly quickly and it was sent out again on August 27, 1936, this time to the Indianapolis, Indiana location of the Pearson Company for “display” along with two archtop guitars (an L-5 and an L-10), one of Gibson’s “new” Jumbo flattop guitars, and an F-7 mandolin.  In keeping with Gibson’s usual practice for salemen’s samples, each of these instruments was housed in a case designated in the ledgers as “SH” for “second-hand”.  It would be nearly a year later before #1485-2 left the factory for the last time on August 11, 1937 when it was shipped to Day’s Music Store in Elyria, Ohio along with two TB-4s from lot #257.

In most respects this example conforms to standard catalog specifications for a thirties Granada tenor; the flying eagle inlay pattern on the peghead is standard for the model, but the fingerboard of this example is inlaid with the hearts and flowers pattern, a combination not seen on any other known Granada from lot #1485.  Also unusual is the lack of a Mastertone block on the tenor neck.  This banjo originally had a forty-hole archtop tone ring but the rim has been cut and a Burlile flathead tone ring installed.  The five-string conversion neck is by Frank Neat.