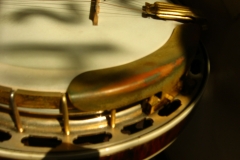 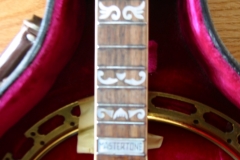 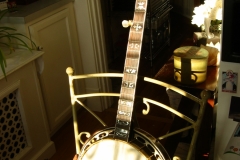 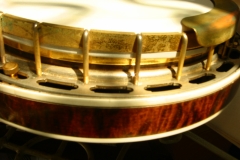 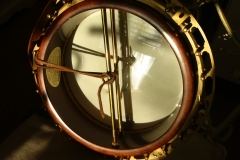 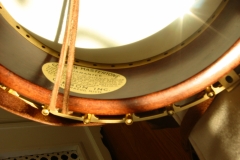 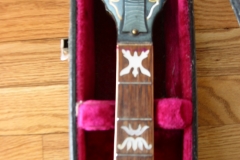 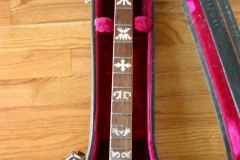 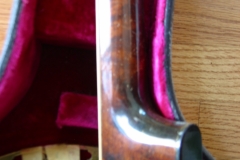 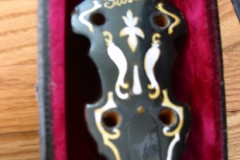 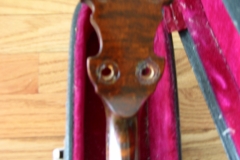 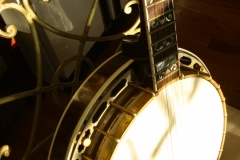 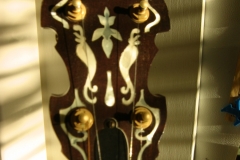 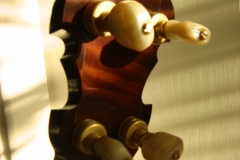 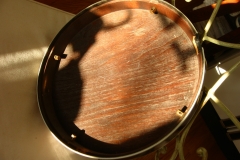 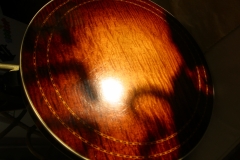 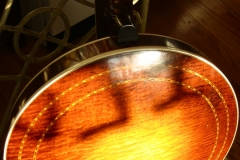 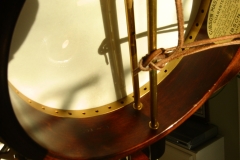 The Granada of the mid-1930s was not that fancy by the standards of the jazz banjo era (see the Bella Voce, Florentine, and All American), but it was definitely a deluxe instrument with its highly-figured curly maple and its gold-plated and engraved hardware.  The Granada was discontinued in 1937 with the introduction of the top-tension Mastertones, and this example is from one of the last known lots of prewar Granadas.  #800-3 (see Gibson banjo serial numbers vs. factory order numbers) dates to 1934 and is accompanied by its original red-line case and remains in excellent original condition with the exception of a replaced flange.  The five-string neck was made by David Nichols.  The back of the tenor peghead shows the veneer often used to hide the peghead ears on Gibson’s more expensive Mastertone models.  The two concentric rings of purfling on the back of the resonator were a standard feature of the two-piece-flange Granada of the 1920s; they are sometimes seen on early one-piece-flange models but their presence on such a late example as this is quite unusual.