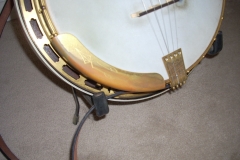 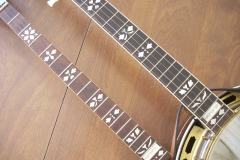 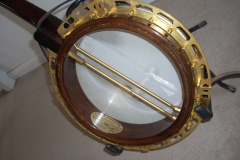 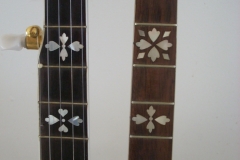 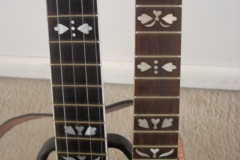 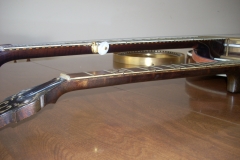 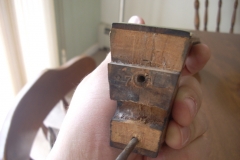 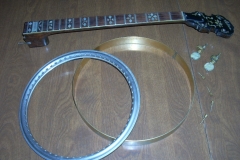 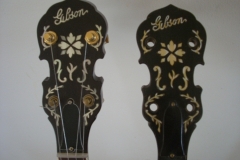 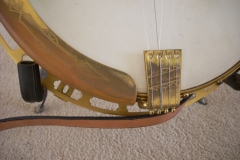 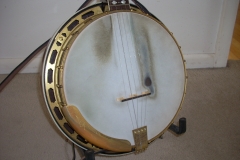 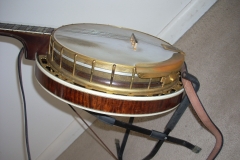 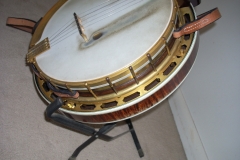 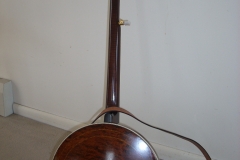 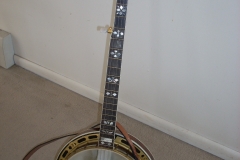 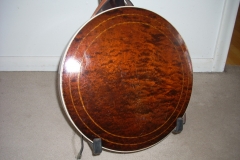 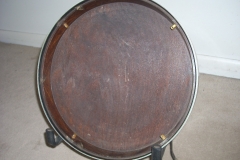 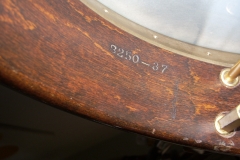 This Granada dates to circa 1926, the second year of production for the model.  It conforms to standard specifications for the Granada of the period with engraving on the Kerschner tailpiece, two-piece armrest, and grooved tension hoop; curly maple; metal parts gold-plated over copper; and hearts and flowers inlays with a Brazilian rosewood fingerboard and fiddle-shaped peghead.  The flange is two-piece and the original tone ring is the ball-bearing type.  #8250-37 (see Gibson banjo serial numbers vs. factory order numbers) is now equipped with a five-string neck by David Nichols, who exactly duplicated the inlays in the tenor neck.  Jimmy Cox installed an unplated Cox flathead tone ring by adding a 0.100″-thick cap to the top of the rim; this cap could easily be removed to return the rim to its original state.  The current owner says the resulting slightly taller rim assembly seems to give this banjo added volume.