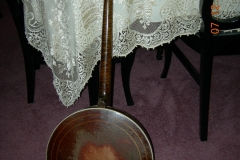 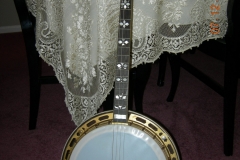 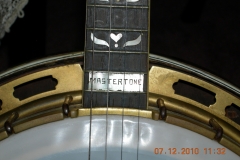 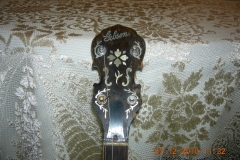 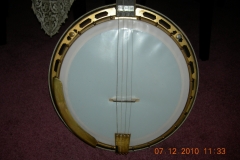 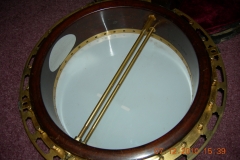 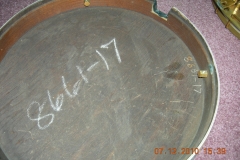 This 1927 Granada tenor conforms to standard specifications for the model with a forty-hole raised-head tone ring, although many 1927 examples feature the no-hole raised-head ring.  The tailpiece is an engraved Kerschner; the Mastertone label is present but has been obliterated, likely due to cleaning of the inside of the rim.  #8661-17 (see Gibson banjo serial numbers vs. factory order numbers) remains in fully original condition but the back of the resonator shows extensive playing wear due to the banjo’s use for many years in the Philadelphia Mummers Parade by previous owner Walter C. Behnke (August 12, 1919–August 9, 1999).