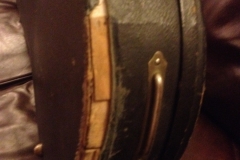 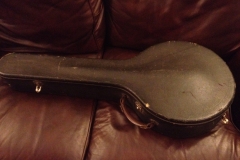 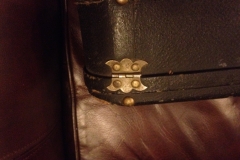 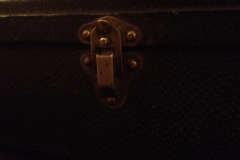 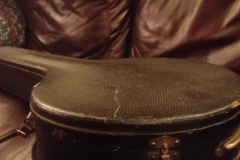 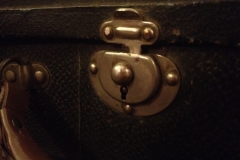 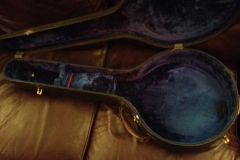 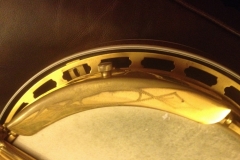 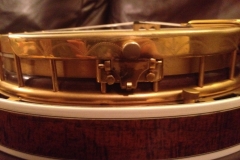 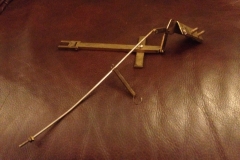 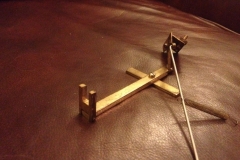 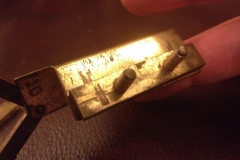 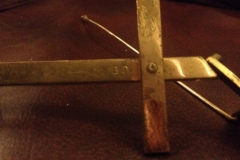 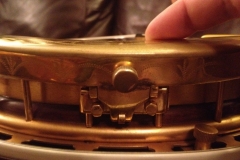 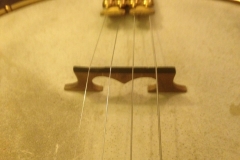 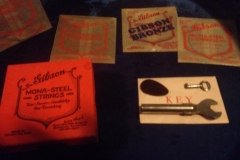 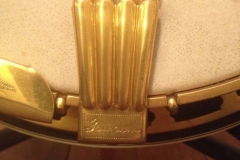 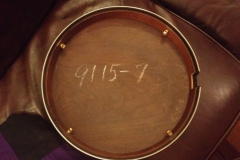 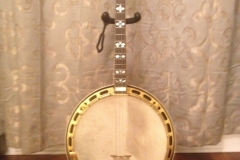 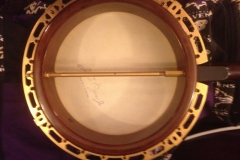 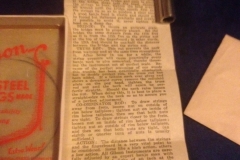 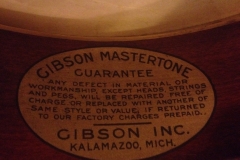 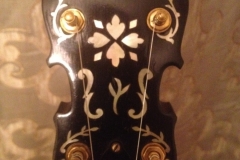 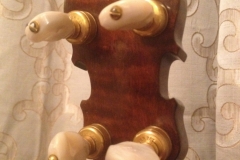 #9115-7 dates to 1928 (see Gibson banjo serial numbers vs. factory order numbers) and in most respects conforms to standard specifications for the Granada of the period.  The banjo is equipped with a “Vibrato Tone-Master” armrest-activated mute, introduced on the Royal P-T Mastertone but also made available on other Gibson banjo models.  A most unusual feature of this example is the presence of an original low-profile flathead tone ring; the low-profile version was the earliest incarnation of the flathead ring and, like the armrest mute, debuted on the Royal P-T.  #9115-7 is the first documented example of a 1920s Granada equipped with a low-profile flathead tone ring, and may be unique.

This example remains in excellent original condition including its plush-lined #509 case by Geib and Schaefer, a vintage calfskin head and two-footed bridge, and original maintenance instructions from Gibson.  The original owner of #9115-7 was Frank Petta (September 25, 1909–October 25, 1992) of Freeport, Illinois; the newspaper article above from the Freeport Journal-Standard of Saturday, January 28, 1933 documents a performance by Mr. Petta with “the guitar and banjo club of the Dufex studios of music and dance” at the Shrine Temple in Rockford, Illinois.