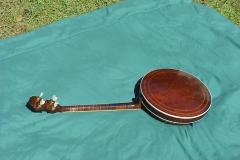 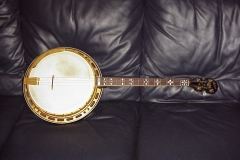 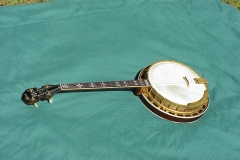 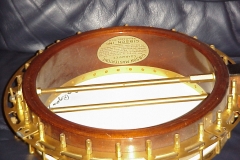 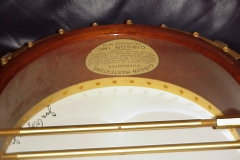 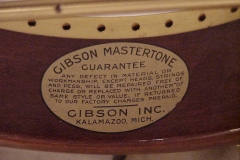 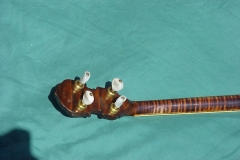 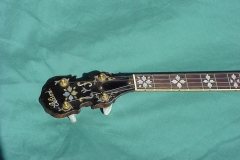 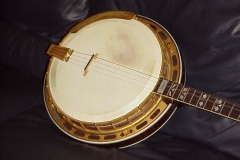 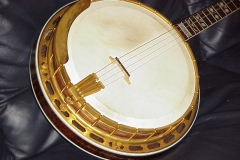 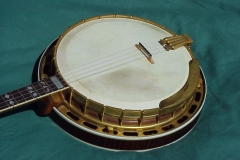 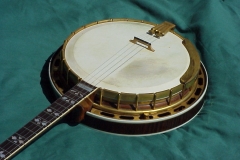 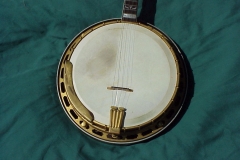 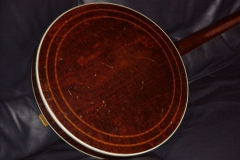 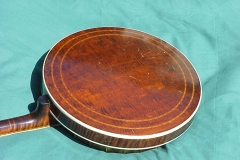 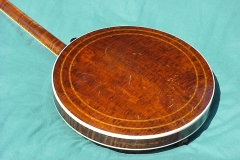 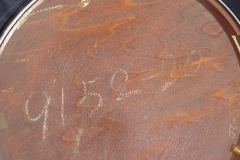 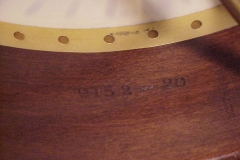 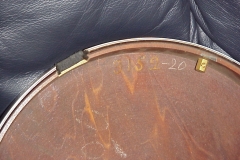 The banjo’s current owner fills us in on its history:

“The banjo was well used in its time and shows it. It was bought new and played professionally by a guy who went by the name of ‘Banjo Pete‘. He played a ragtime style in vaudeville shows in New York City in the 20s and 30s. His daughter has had this banjo under her bed since he died in the late 60s. It has what is probably the original skin head (as far as she knew) and you can see by the discoloration and pick marks that he was a lefty and strung and played the banjo upside down.“