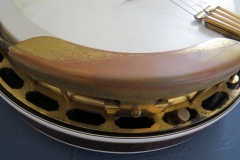 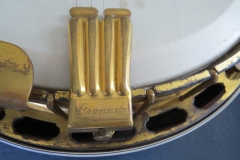 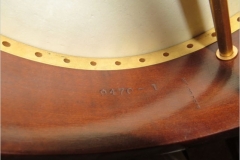 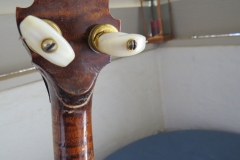 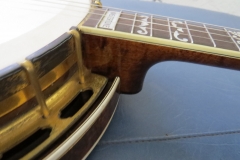 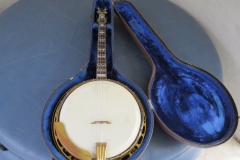 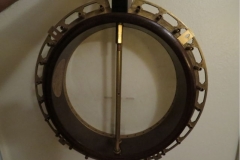 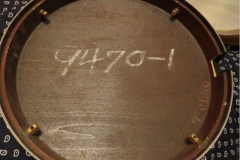 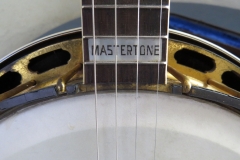 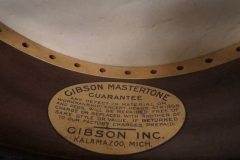 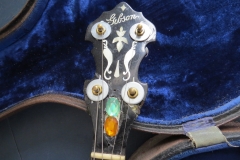 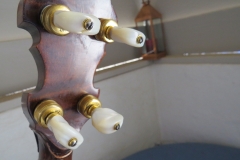 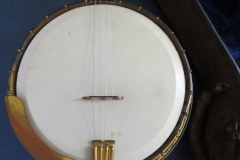 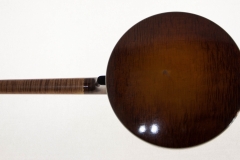 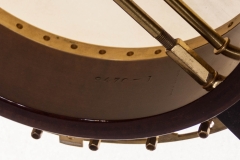 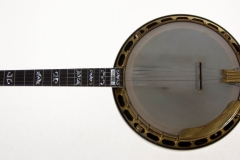 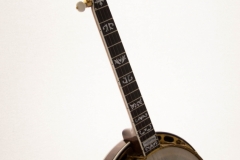 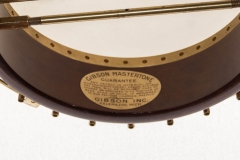 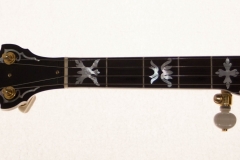 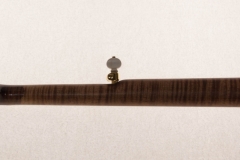 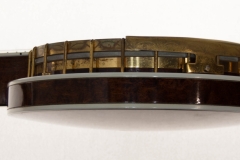 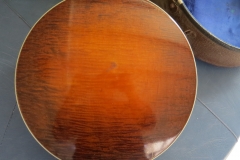 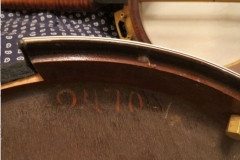 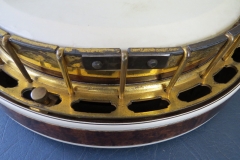 The Granada was not that fancy by the standards of the jazz banjo era (see the Bella Voce, Florentine, and All American), but it was definitely a deluxe instrument with its highly-figured curly maple and its gold-plated and engraved hardware.  #9470-1 (see Gibson banjo serial numbers vs. factory order numbers) dates to 1929 and is the number one banjo in the first lot of TB-Granadas made in the model’s new configuration featuring a one-piece flange, double-cut peghead, flying eagle inlays, and sunburst-finished curly maple resonator.  The earliest cast metal flanges and stretcher bands produced for Gibson by the Doehler Die Casting Company were plagued by a type of intergranular corrosion known as “zinc pest“; when #9470-1 surfaced in 2013, the stretcher band had unfortunately been badly affected by zinc pest and showed extensive warping and cracking as well as a crude attempt at a repair.  The tenor neck had also been broken at some point and an ill-advised repair attempt involved filling in the truss-rod cavity and applying two plastic “jewels” to the front of the peghead.  The banjo otherwise remained in good original condition, including its first-generation flange and corresponding “fat” rim measuring .640″ thick at the bottom rather than the the .625″ dimension seen in banjos with the later, more heavily-built flange.

#9470-1 has now been equipped with a five-string neck by Frank Neat; the original stretcher band has been replaced with a Granada-style stretcher band taken from a Gibson-made Trujo banjo.  The banjo retains its original forty-hole raised-head tone ring.