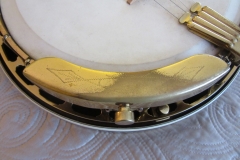 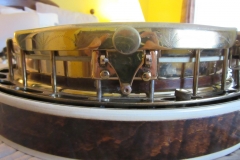 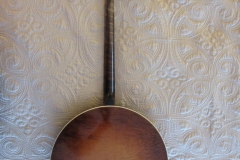 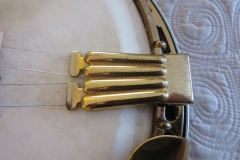 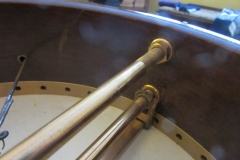 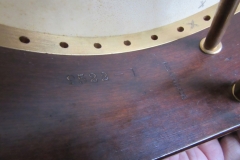 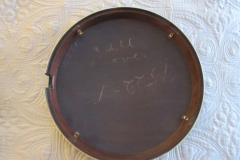 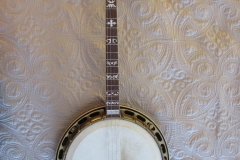 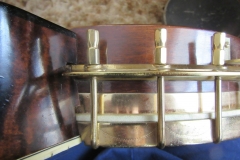 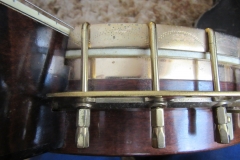 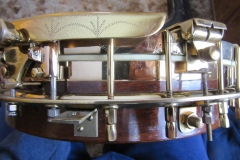 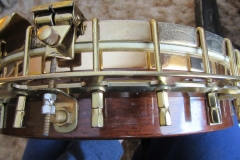 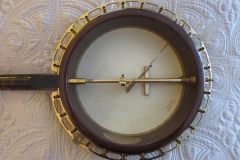 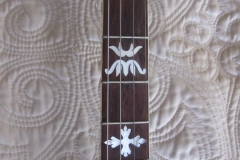 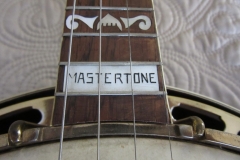 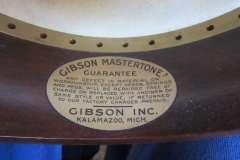 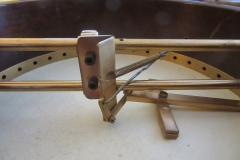 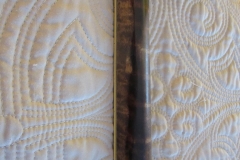 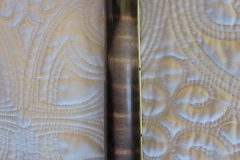 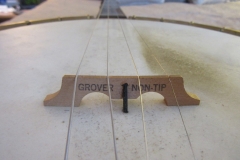 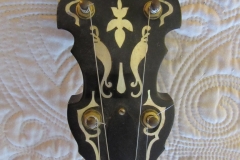 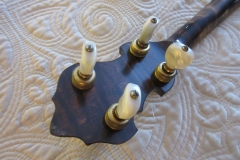 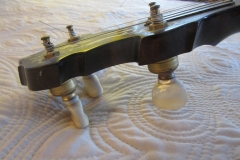 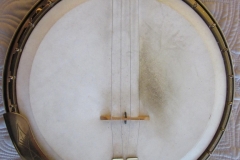 The Granada was not that fancy by the standards of the jazz banjo era (see the Bella Voce, Florentine, and All American), but it was definitely a deluxe instrument with its highly-figured curly maple and its gold-plated and engraved hardware.  #9522-1 (see Gibson banjo serial numbers vs. factory order numbers) dates to the first part of 1930 and is one of the earlier Granadas made in the new 1930s configuration featuring a one-piece flange, double-cut peghead, flying eagle inlays, and sunburst-finished curly maple resonator.  The earliest cast metal flanges and stretcher bands produced for Gibson by the Doehler Die Casting Company were plagued by a type of intergranular corrosion known as “zinc pest“; the stretcher band of #9522-1 has unfortunately been cracked near the tailpiece. The banjo otherwise remains in excellent original condition, including its optional “Vibrato Tone-Master” armrest-activated mute, which Gibson promised would provide the player “tonal control like an organ.”  This banjo had been in storage for many years when it surfaced in Meadville, Pennsylvania in early 2016.