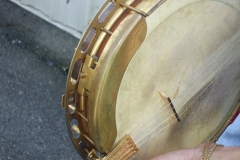 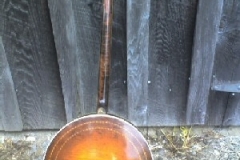 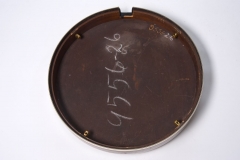 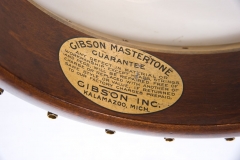 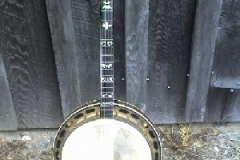 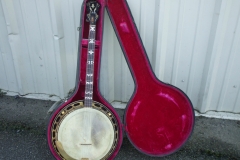 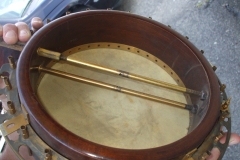 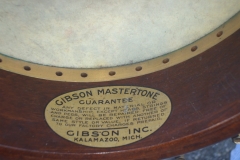 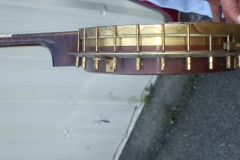 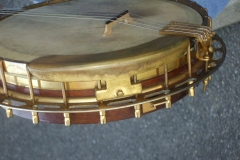 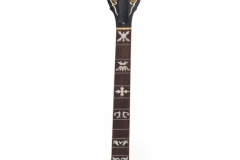 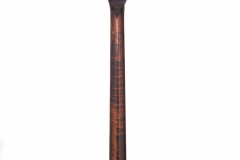 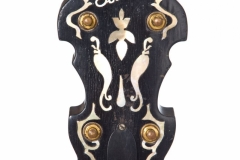 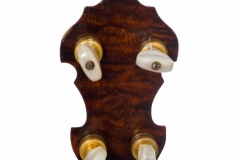 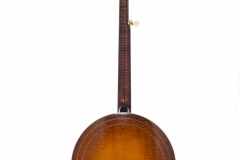 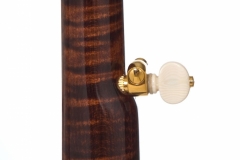 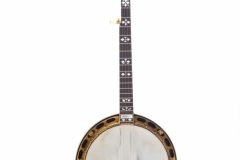 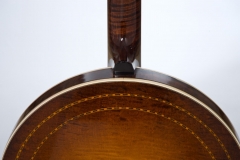 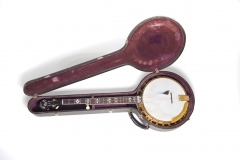 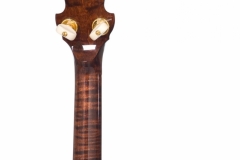 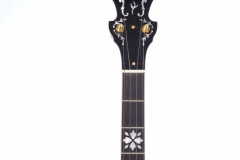 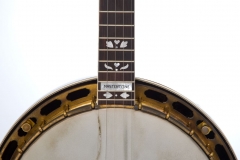 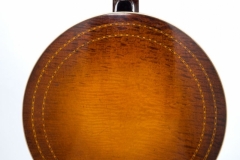 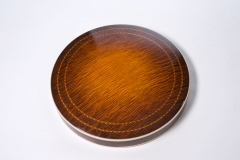 This Granada tenor was originally owned by Martin Anthony Balada (1910–1984).  Mr. Balada lived in New Jersey and played with the Mummers in Philadelphia.  #9556-26 surfaced in the summer of 2008 in excellent original condition with curly maple neck and resonator, gold-plated and engraved hardware, forty-hole archtop tone ring, one-piece flange, double-cut peghead and rosewood fingerboard with flying eagle inlays.  The banjo remained in its original case and was still set up with a calfskin head.

#9556-26 (see Gibson banjo serial numbers vs. factory order numbers) exhibited a couple of unusual features; the tenor tailpiece, rather than the typical clamshell type, was a Kerschner engraved with “DeLuxe” as used on style 5 banjos of the 1920s.  Also, this banjo lacked the Mastertone block normally inlaid at the nineteenth fret.  The concentric rings of marquetry on the back of the resonator are a feature typically associated with the two-piece-flange Granadas of the 1920s, but they are found on some of the earlier one-piece-flange examples from the 1930s; both types of resonator have been seen in lot #9556.

This banjo has now been converted to five-string with a neck by Frank Neat, a Blaylock 405 flathead tone ring, and a Presto tailpiece.

Photos courtesy of Robby Boone and the family of Martin Anthony Balada.