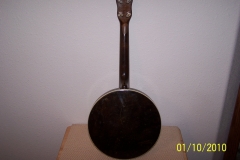 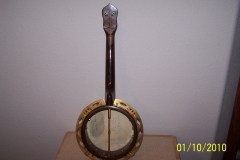 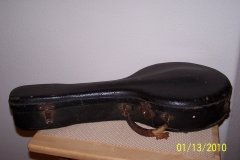 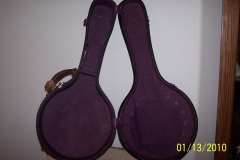 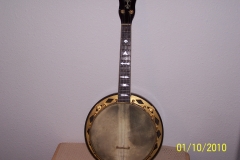 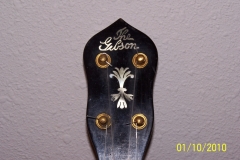 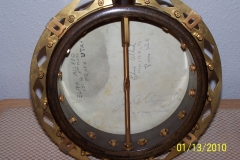 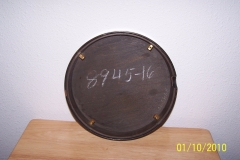 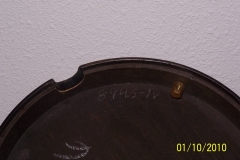 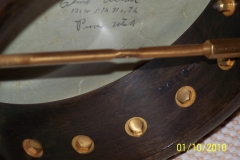 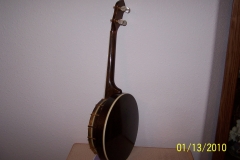 The ukulele-banjo, or UB, was one of the most popular banjo-family instruments produced by Gibson in the years before World War II.  While the vast majority of these instruments were lower-priced models, the UB-5 represented the top of the line with appointments similar to those of the style 5 Mastertone banjo, including a walnut neck and resonator and gold-plated hardware.  The pot is of bracket-shoe construction with diamond-shaped holes in the flange plate; the inlay pattern is unique to the UB-5.

#8945-16 (see Gibson banjo serial numbers vs. factory order numbers) was bought new by Elmo Allred (1904–1971) of Provo, Utah, who wrote his name and address on the underside of the calfskin head.  Mr. Allred’s son tells us that his father “acquired the uke in 1934 and it was played mostly at gatherings of friends and family and we all enjoyed singing along to such songs as ‘Red River Valley’, ‘You Are My Sunshine’, ‘Springtime in the Rockies’, and other songs of this type”.