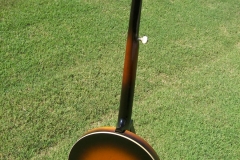 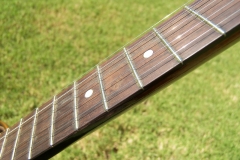 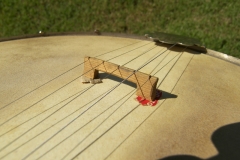 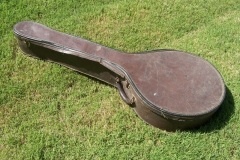 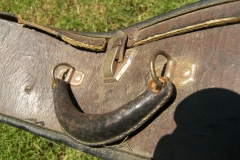 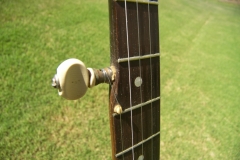 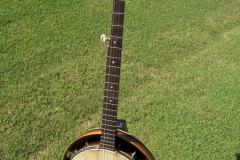 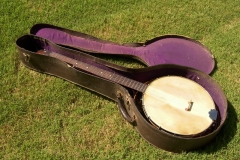 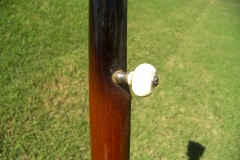 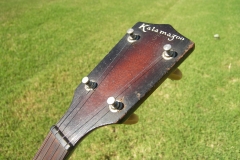 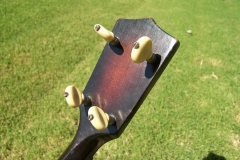 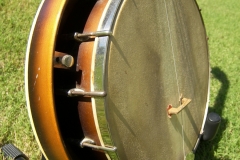 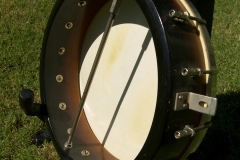 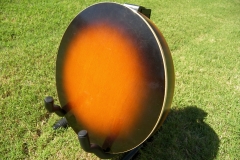 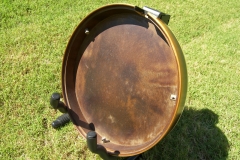 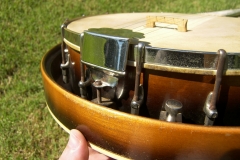 When the Gibson company’s survival was threatened in the early 1930s with the onset of the Great Depression, it turned to the production of wooden toys to stay alive until the musical instrument market began to recuperate.  One of the toy lines was given the name of the Gibson company’s home town in Michigan–Kalamazoo.   A couple of years later, this brand name was revived and applied to a line of low-priced instruments produced by Gibson beginning in 1932.

Kalamazoo-brand instruments represented a large percentage of Gibson’s production through the rest of the 1930s and into the early 1940s.  This KRB, or Kalamazoo Regular Banjo, was originally owned by Tom Bill Draughn (1917-1985) of Yadkinville, North Carolina.  Although some Kalamazoo banjos had factory order numbers or serial numbers stamped on the back of the peghead, this banjo has no number.  It remains in excellent original condition complete with a calfskin head and friction fifth-string peg.  The bridge appears to be homemade and is shimmed with pieces of a matchbook from the Winn-Dixie grocery store chain.

The KRB represents Gibson’s effort to make a functional banjo for the lowest price possible.  The maple neck has no truss rod, and the flangeless pot has only sixteen hooks with three L-brackets to attach the resonator.  The maple resonator with dark sunburst finish and binding on only the back edge is identical to the resonator seen on style 00, only with a flat, rather than arched back.  The KRB also shares the style 00‘s lack of a tone ring with only a bead turned in the top of the rim to serve as a bearing for the head; this example, however, unlike most style 00  and many Kalamazoo banjos, has a full-thickness rim measuring 5/8″.

Check out a video of this banjo in action!