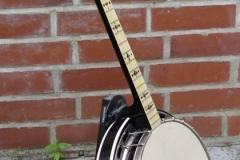 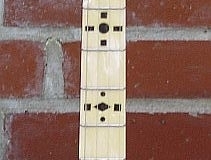 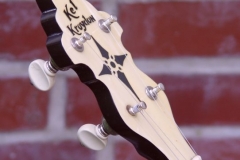 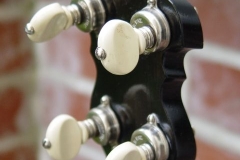 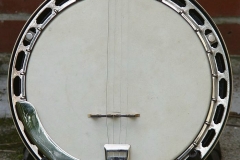 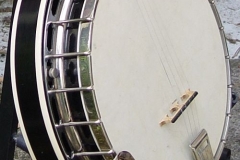 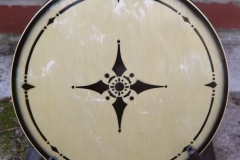 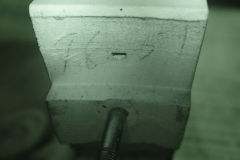 This example is in pristine original condition.  In keeping with standard specifications for the model, the tuners are the Grover two-tab type and the tailpiece is a Grover “first model” with slide-off cover.  Infrared photography shows the lot number 9851 penciled on the neck heel.

The Kel Kroydon brand name has recently been revived by the American Made Banjo Company which is producing a line of banjos inspired by the prewar originals.