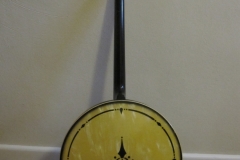 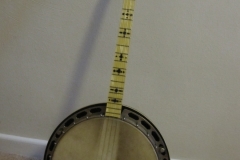 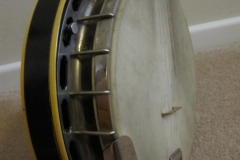 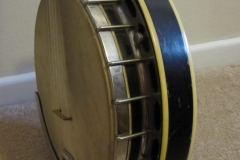 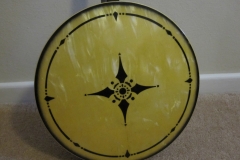 The Kel Kroydon brand name has recently been revived by the American Made Banjo Company which is producing a line of banjos inspired by the prewar originals.

As is common for Kel Kroydon banjos, there is no factory order number stamped inside the wooden rim or written inside the resonator.  This example remains in excellent original condition in the family of original owner Harry Gingell (1895-1974), a native of Factoryville, Pennsylvania, and is set up with a vintage calfskin head.

Photos courtesy of the family of Harry Gingell.