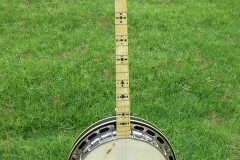 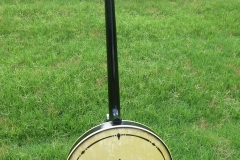 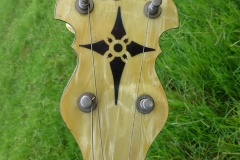 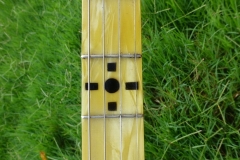 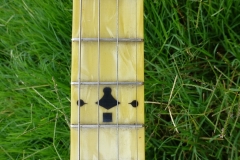 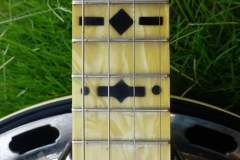 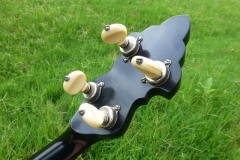 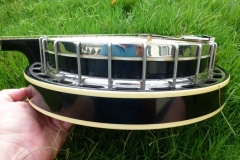 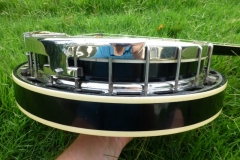 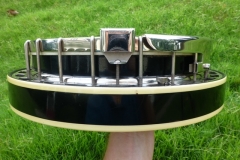 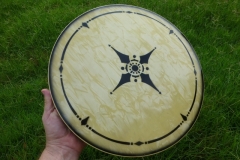 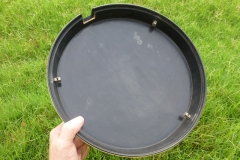 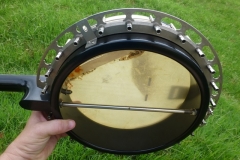 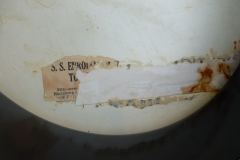 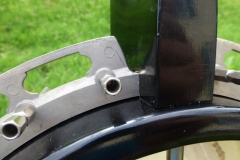 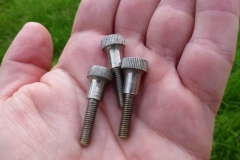 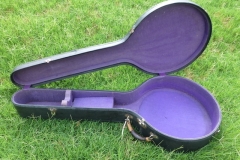 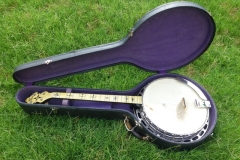 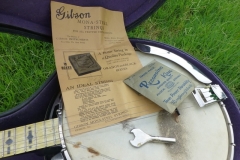 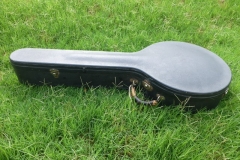 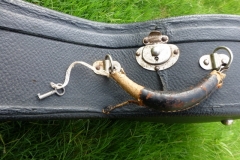 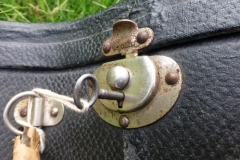 As is common for Kel Kroydon banjos, there is no factory order number stamped inside the wooden rim or written inside the resonator.  This example remains in excellent original condition and is accompanied by a rare 1930s price sheet for Gibson “Mona-Steel” strings as well as a package of strings sold under the “Recording King” brand name used by Montgomery Ward for their fretted instruments, some of which were also manufactured by Gibson.  The banjo is housed in its original flannel-lined case which resembles a #511 Geib and Schaefer but does not bear a Geib and Schaefer stamp on the bottom; it may be one of the cases produced by Gibson in-house during the period 1929 to 1931 as identified by researcher Joe Spann.  The case key remains tied to the handle with a piece of string, which may have been a practice of the Gibson factory.  The banjo’s calfskin head exhibits a many-decades-old repair using a piece of newspaper; when the instrument surfaced in 2015 its armrest was positioned for left-handed playing although the banjo was strung right-handed.

The original owner of this Kel Kroydon banjo was Willard Goss, who was born on January 6, 1895 in West Decatur, Pennsylvania and died on September 5, 1972 in Philipsburg, Pennsylvania.  Mr. Goss was a farmer and miner who played this banjo recreationally; the banjo remained in his family until the summer of 2015.