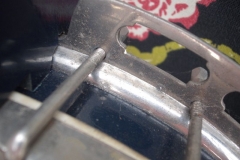 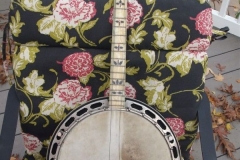 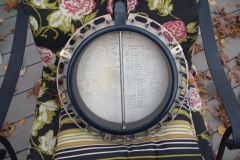 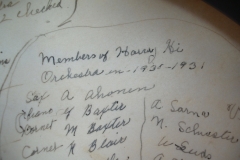 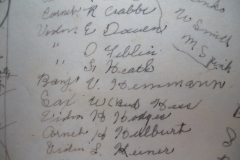 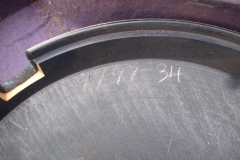 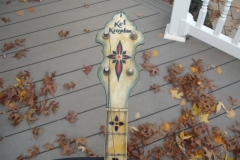 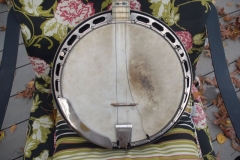 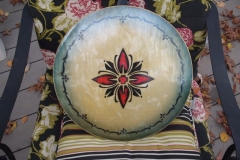 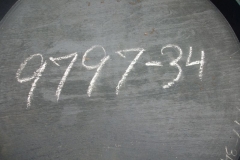 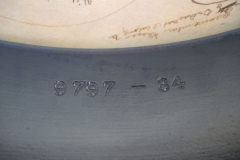 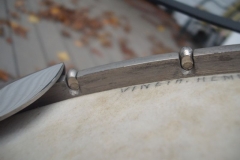 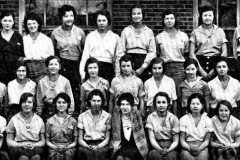 Instruments under the odd brand name Kel Kroydon were made by Gibson for the J.W. Jenkins Music Company of Kansas City, Missouri between 1929 and 1931 (Gibson would also use the Kel Kroydon brand name on a line of wooden toys from 1931 to 1933).  The two Kel Kroydon banjo models were the KK-10 and the KK-11, which later appeared in the Gibson-brand line as style 11.  Kel Kroydon banjos featured pearloid on the peghead, fingerboard, and resonator back, while the rim, resonator sides, and neck were maple typically painted black on the KK-10 and blue on the KK-11; stenciled designs take the place of fingerboard inlay.  Kel Kroydon banjos had no Mastertone tone ring, but only a small-diameter brass hoop sitting on top of the rim; the thick maple rim and one-piece flange, however, were the same as those used on the more expensive Mastertone models of the period.  Kel Kroydon banjos did not feature the adjustable truss rod common to all Gibson-brand banjos; interestingly, a rod is present in the neck of these banjos but no cavity was routed out to provide access at the peghead.

The original owner of #9797-34 (see Gibson banjo serial numbers vs. factory order numbers) was Vineta Hemman of Painesville, Ohio.  The vintage calfskin head is marked with Hemman’s name along with the names of fellow members of the Harvey High School orchestra during the school year 1930-1931; Hemman is seen above in the second row, third from left, in a photo with the Freshman Girls’ Glee Club from that year’s Harvey High School yearbook.  The date 1930-1931 is significant because it coincides perfectly with the revised chronology for prewar Gibson banjos established by researcher Joe Spann.