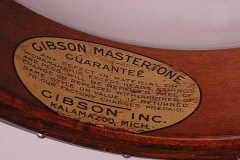 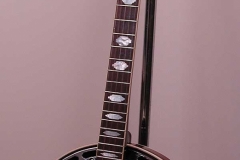 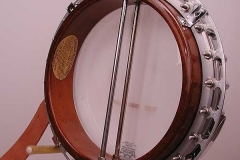 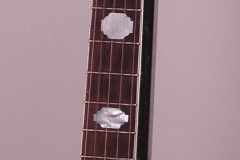 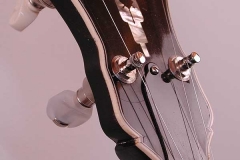 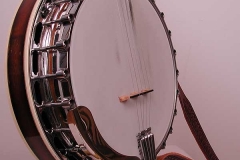 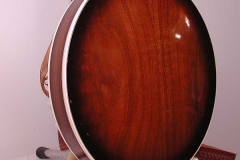 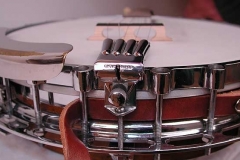 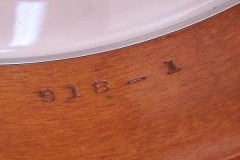 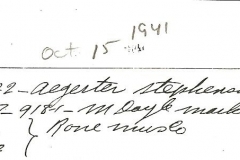 Introduced as the middle of the three new top-tension Mastertone models in 1937, style 12 suffered from the low demand for banjos at the time and from the typical unpopularity of “in-between” models such as the style 4 Mastertone and the style 2 non-Mastertone.  The walnut and chrome plating of style 12 are reminiscent of the earlier style 4, but the new model’s other features identified it, along with the other top-tension models, as “modern” and “startlingly different”, in the words of Gibson’s 1937 catalog.

#918-1 (see Gibson banjo serial numbers vs. factory order numbers) is listed in the Gibson shipping ledger for October 15, 1941(without a case, and misidentified as a PB-7), being sent to M. Doyle Marks and Son, a music store in Elmira, New York.  Since the 1970s, this banjo has been set up with an early conversion five-string neck by Bill Sullivan.