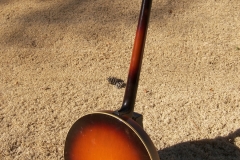 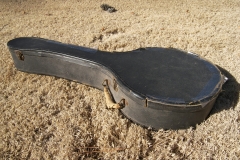 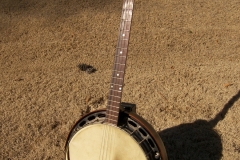 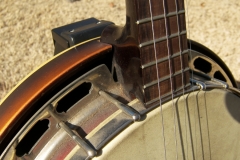 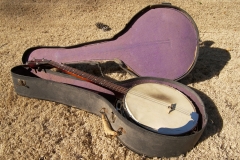 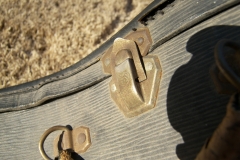 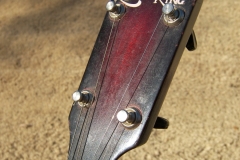 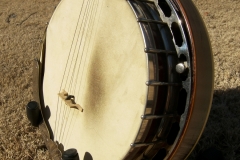 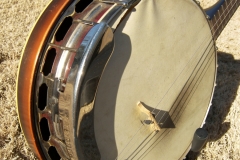 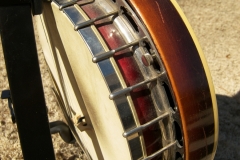 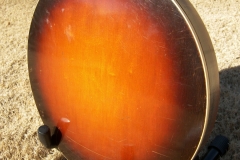 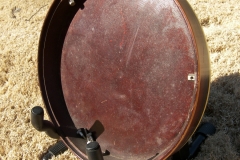 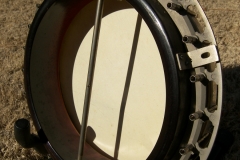 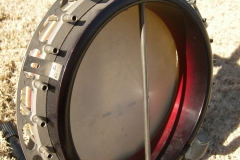 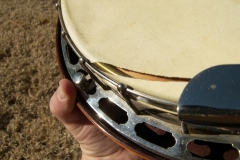 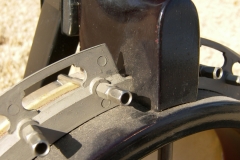 In the 1930s, Gibson made a number of banjos for sale by other companies, including mail-order houses such as Montgomery Ward.  These banjos were labeled with a variety of brand names and bore no Gibson markings even though they were made at the Kalamazoo factory and in many cases were very similar to Gibson catalog models.  This tenor banjo carries the Recording King logo, the brand most commonly seen on banjos made by Gibson for Montgomery Ward, and was listed in the Montgomery Ward catalog as a model #731.

This banjo features the sunburst-finished, flat-backed maple resonator of Gibson’s in-house Kalamazoo budget brand; the peghead’s shape, burgundy-to-black sunburst finish, and stenciled lettering are also the same as those used on Kalamazoo banjos.  Unlike most Kalamazoos, however, this Recording King tenor features a one-piece flange.  The rim is full-thickness with a brass tone hoop on the top as used on the non-Mastertone Gibson-brand models.  The thin tension hoop and flat hooks were used both on Kalamazoo banjos and on the Gibson-brand style 00.  The neck has no adjustable truss rod, a feature that was available only on “real” Gibsons.  As is the case with many Recording King banjos, there is no factory order number or serial number.

The original owner of this banjo was Paul Binder (1911–1973), a native of East Chicago, Indiana. Mr. Binder’s son recalls that his father “was a recreational banjo player and drove my mom nuts with it.  He would often play church hymns with it which she thought was quite irreverent.”