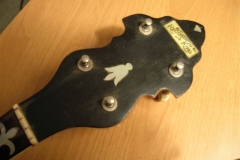 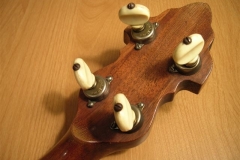 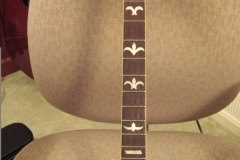 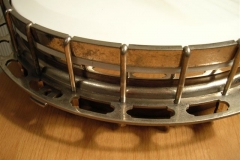 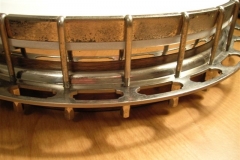 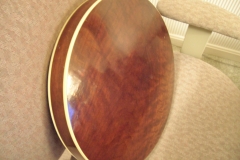 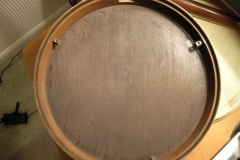 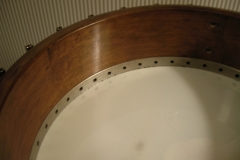 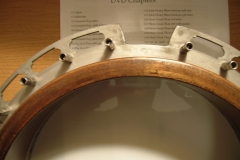 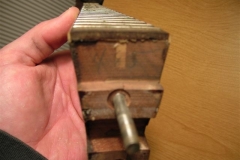 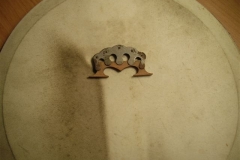 In the 1930s, Gibson made a number of banjos for sale by other companies, including mail-order houses such as Montgomery Ward.  These banjos were labeled with a variety of brand names and bore no Gibson markings even though they were made at the Kalamazoo factory and in many cases were very similar to Gibson catalog models.  This banjo, manufactured under the Recording King brand, borrows features from a few different Gibson-brand models of the period.  The walnut resonator with no purfling is the same as that seen on the sub-Mastertone style 2, but there is a forty-hole archtop tone ring as found on Mastertone models.  The fingerboard inlays are the fleur-de-lis used on the sub-Mastertone style 1, but the peghead is the typical Recording King shape with the Recording King logo.  The flange is one-piece and the tailpiece is the Grover “first model” or “window” tailpiece commonly seen on lower-end Gibson banjos of the period.  The two-footed bridge is either original or period, and a vintage mute is also present.  The only number on the instrument is the lot number 485 penciled on the neck heel.