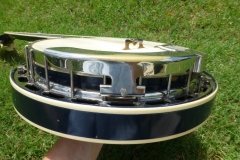 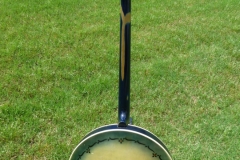 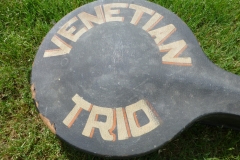 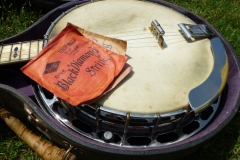 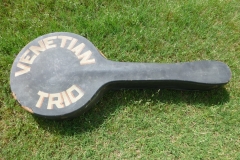 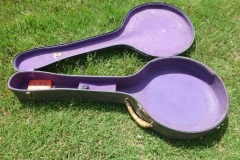 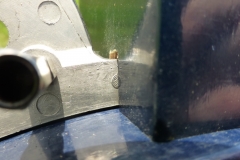 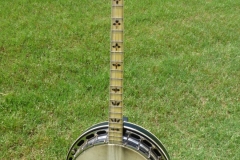 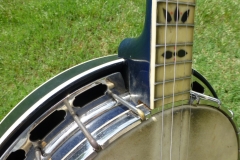 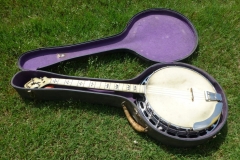 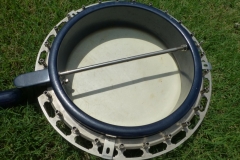 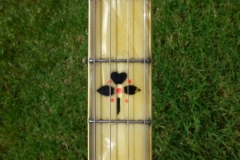 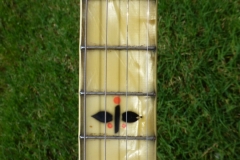 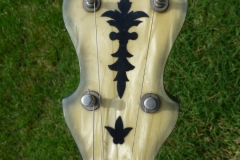 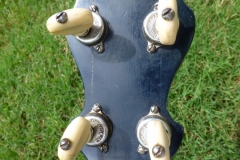 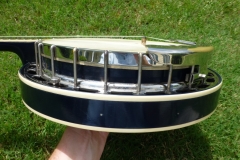 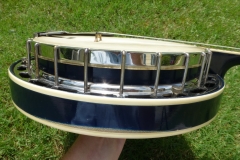 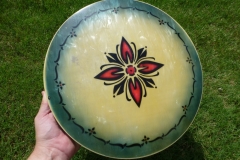 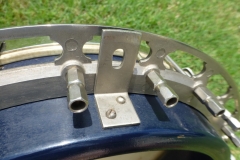 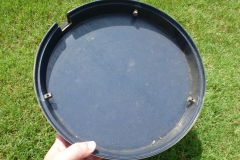 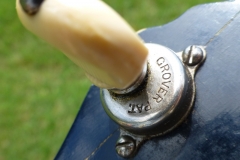 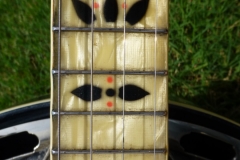 Samuel Swaim Stewart was born in Philadelphia in 1855 and opened his banjo factory there in 1879, making some of the most highly-regarded banjos of the late nineteenth century.  In 1914, the S.S. Stewart brand name was acquired by the New York City-based musical instrument distributor Buegeleisen and Jacobson, who had instruments made by a variety of manufacturers; in 1930 only, Gibson made an S.S. Stewart-labeled banjo for Buegeleisen and Jacobson which was essentially the same banjo as the Gibson-brand TB-11.

Except for its lack of a Gibson decal, the pot of this banjo is identical to that of a Gibson style 11.  The peghead shape and stencil pattern are unique to this model, while the remainder of the silkscreen fingerboard and resonator ornamentation are the same as seen on style 11 banjos.  Like most Gibson-brand style 11 banjos of the period, this example bears no serial number or factory order number.  Even though only Gibson-brand banjos were equipped with an adjustable truss rod, the outline of a truss-rod cavity is faintly visible under the peghead veneer; for more on this production idiosyncrasy, see the Kel Kroydon truss rod exposé.

This banjo remains in excellent, unaltered condition in its original case, decorated with the band name “Venetian Trio”.