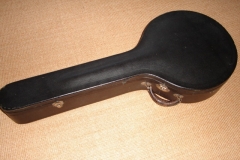 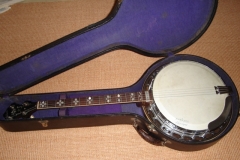 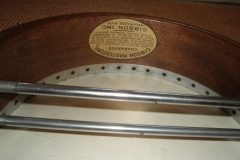 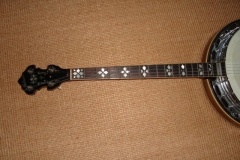 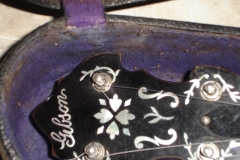 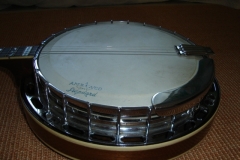 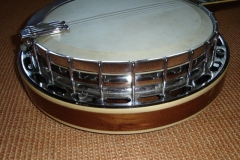 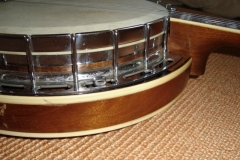 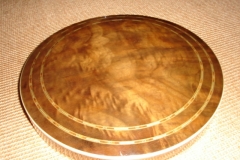 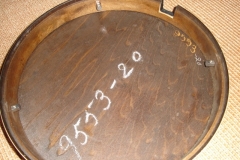 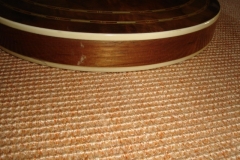 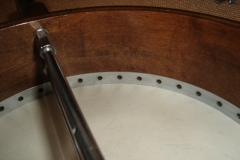 The second model up in Gibson’s Mastertone line, the style 4 of the 1930s featured a burl walnut resonator with two rings of multicolored wood marquetry inlaid on the back, a walnut neck, chrome-plated hardware, a one-piece flange, and either a forty-hole archtop ring or a twenty-hole flathead ring.  The peghead was double-cut and the standard inlay pattern was flying eagle, with a smaller number featuring the hearts and flowers pattern.  Lots 9553 and 9554 (see Gibson banjo serial numbers vs. factory order numbers) are two of the larger lots of style 4 banjos from this period; lot 9553 banjos are hearts and flowers while those from lot 9554 are flying eagle.