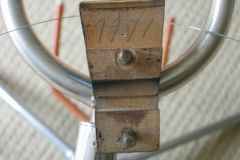 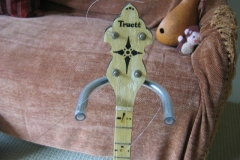 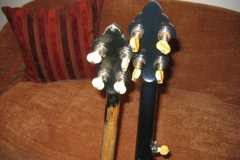 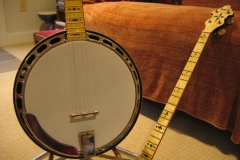 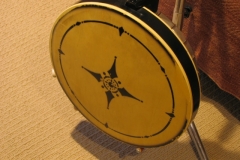 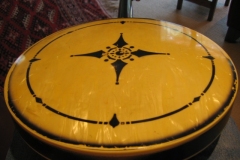 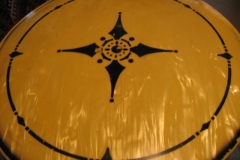 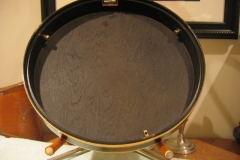 Identical in other respects to the KK-10 in Gibson’s budget-brand “Kel Kroydon” line, this banjo was made for sale through the Truett-George Studios in San Francisco and Oakland, California, where in the 1930s Velma Truett and Harry George taught plectrum banjo using the inexplicably-named “Chicago” tuning in which the four strings of the plectrum banjo are tuned to the same pitches as the four highest strings of the guitar.  Gibson also made more elaborate banjos for Truett and George under the “Trujo” brand name.  This banjo is shown with both its original neck and a reproduction five-string neck by Wyatt Fawley.  The lot number 9938 penciled on the heel of the plectrum neck dates this banjo to circa late 1931.

Truett and George were also guitar players, and on October 7, 1927 they recorded the guitar-banjo duet “Wabash Blues“.